Pakistan Threatened India With Nuclear War And No One Noticed

A nuclear-armed state threatened another nuclear armed-state with nuclear war and no one's talking about it... 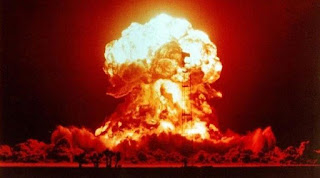 Authored by Darius Shahtahmasebi: In a recent interview with Al-Jazeera, Pakistan’s Prime Minister Imran Khan made some controversial statements regarding the use of nuclear weapons against India.
First, Khan started off by saying he was anti-war—a “pacifist.” He then developed his stance, stating that “when two nuclear-armed countries fight, if they fight a conventional war, there is every possibility that it is going to end up into nuclear war.” However, this scenario, as Khan described, is “the unthinkable.”
Khan went on to say:
“If say Pakistan, God forbid, we are fighting a conventional war, we are losing, and if a country is stuck between the choice; either you surrender or you fight ‘til death for your freedom, I know Pakistanis will fight to death for their freedom. 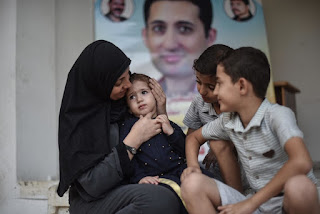 Marwa al-Sultan with her daughter Mira and two sons. A poster of her late husband Tamer is seen behind them. Abed Zagout
By Sarah Algherbawi: Two-year-old Mira al-Sultan keeps asking when her dad will come home. Sadly, her father is dead, but Mira’s mother can’t yet find a way of explaining that to her.
Tamer – Mira’s father – left Gaza in April this year. The pharmacist was hoping to build a new life for his family in Europe to escape the Jews.
After traveling by land to Turkey, Tamer boarded a crowded ship bound for Greece. Once he arrived in Greece, he embarked on a circuitous journey to avoid being stopped by border police.
From Greece, Tamer made his way through Albania and Serbia, mainly on foot. His plan was to eventually arrive in Belgium, via the former Yugoslavia and then Italy and France.
On 11 August, Tamer phoned his wife Marwa. “He told me that he would enter the woods of Bosnia and Herzegovina and would need six days to reach Croatia,” Marwa said. “That was the last time I heard his voice.”
While walking through Bosnian woodland, Tamer injured his arm. Because the wound was not tended to quickly enough, he became seriously ill.
A few days later Tamer’s family was notified by a Bosnian hospital that he had died from blood poisoning. He was aged 38.

Read more »
Posted by Angelo Agathangelou at 6:04 pm No comments:

The Use Of Low-IQ Troops In Wars

A presentation and reading by Hamilton Gregory, author of "McNamara's Folly: The Use of Low-IQ Troops in the Vietnam." Because so many college students were avoiding military service during the Vietnam War, Defense Secretary Robert McNamara lowered mental standards to induct 354,000 low-IQ men. they were known as McNamara's "Moron Corps.” Their death toll in combat was appalling. Gregory indicates at the end of his talk that the situation didn’t really change. The same practice is taking place nowadays.

Posted by Angelo Agathangelou at 2:57 pm No comments: 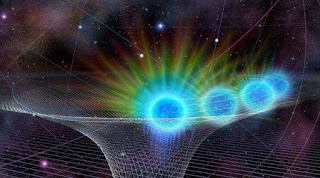 Authored by Jake Anderson: Scientists believe there is a supermassive black hole at the center of the Milky Way galaxy named Sagittarius A*. This black hole is 26,000 light-years from the Earth and approximately 4 million times the mass of the Sun.

While Sgr A* has always been thought of as a quiet, relatively modest black hole, new observations show a recent burst of unprecedented activity suggesting it is on a sudden feeding frenzy.
The observations comes from a research team at the UCLA Galactic Center Group, which published their work in Astrophysical Journal Letters. Using the W.M. Keck Observatory in Hawaii and the European Southern Observatory’s Very Large Telescope in Chile, the team gathered 13,000 images of the accretion disk area of the black hole. 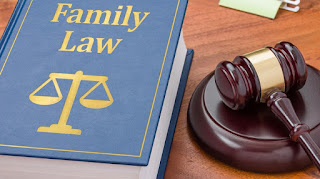 By Bettina Arndt: Bring it on, Prime Minister. When ScoMo was campaigning in the last election, he promised to stand up for the Quiet Australians whose voices are often silenced by noisy minority groups. Last week, with the announcement of a new parliamentary inquiry into our Family Court, he invited that silent majority to be well and truly heard. Boy, are the feminists fuming.
I’ve been doing various media interviews about this. Here’s one from Perth radio 6PR
He’s attracted their wrath by setting terms of reference for this inquiry which echo widespread community concerns about pronounced anti-male bias in the family court system, particularly regarding false accusations of violence being used to give women an unfair advantage in court battles. A woman requires no evidence that violence has actually occurred to obtain a violence order and remove her partner from their home, denying him contact with his children. Her allegation that she fears violence could occur is sufficient, or her claim that she’s been emotionally, psychologically or financially abused.
A few months ago I was contacted by a retired chief inspector of police who wanted to speak out about the outrageous racket that has developed around these false violence accusations, with police required to “believe the victim” and turf men out of their homes, men they know are most likely innocent.

Read more »
Posted by Angelo Agathangelou at 12:46 am No comments: