“This is all about social engineering,” 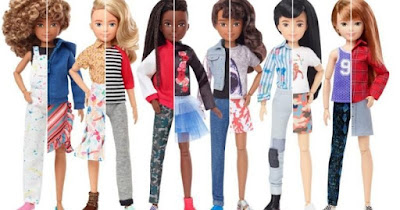 Authored by Paul Joseph Watson: Toy maker Mattel has announced it is launching a new line of “gender neutral” dolls, prompting some critics to accuse the company of trying to socially engineer children.


“Kids can customize the new dolls with long or short hair, pants or skirts, or both. The dolls come in six different skin tones,” reports Fox Business.


“Toys are a reflection of culture and as the world continues to celebrate the positive impact of inclusivity, we felt it was time to create a doll line free of labels,” she said.

Read more »
Posted by Angelo Agathangelou at 11:10 pm No comments:

September, Week 3: lame-stream media does not cover the scores of “small” stories of Palestinian loss of freedom, property, life, and hope.
IMEMC brings the stories to us daily.
Below are many of the headlines from the past week. 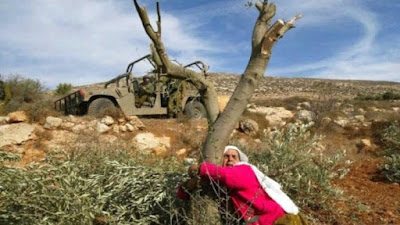 Last Wednesday, Jewish Israeli Death Forces chopped down more than 100 Gentile-owned olive trees in the village of Burqin. No reason was given for the destruction. Clearly the Jews won't rest until all indigenous Gentiles are wiped out.
Invasions, attacks, interrogations, injuries, abductions, including little children and toddlers are the norm:
Read more »
Posted by Angelo Agathangelou at 7:20 pm No comments:

Multiculturalism Brings Us “The Knockout Game”

By Paul Kersey: His name is John Weed, yet another white victim of the black “knockout game” (documented by Colin Flaherty in his excellent book and by Paul Kersey in Their Lives Matter Too, a work dedicated to those white individuals murdered by blacks). [Sheriff identifies man killed at Great Frederick Fair; additional charges possible, Fredrick News-Post, September 23, 2019] 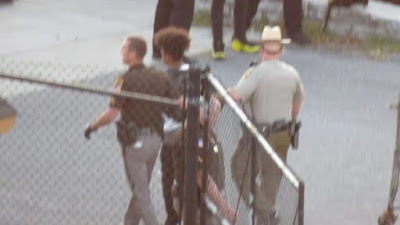 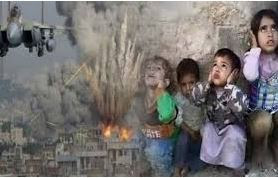 By Anthony Harwood: It's like the start of a bad joke.
What's the difference between 10,000 people being killed in air strikes and a bunch of missiles taking out an oil processing facility for a few days? ...The answer is no laughing matter.
The difference is that only the one which threatens the markets will "not be tolerated" by the Trump administration.
For more than four years, the people of Yemen have been relentlessly bombed back to the Dark Ages by a Saudi Arabia-led coalition, reckless, to put it charitably, about where its aircraft drop their payloads.
Forty-seven fishermen here, 137 funeral mourners there, a 20-strong wedding party and, in one year alone, 443 children.

Read more »
Posted by Angelo Agathangelou at 12:56 pm No comments: 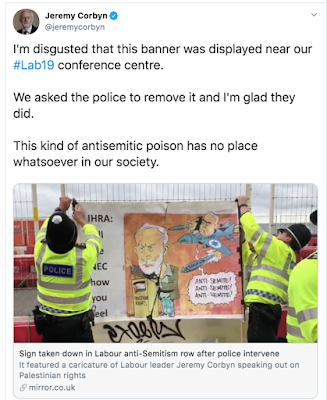 "In A Time Of Universal Deceit, Telling The Truth Becomes A Revolutionary Act" - George Orwell
By Gilad Atzmon: At the moment, the Jewish State is experiencing growing political instability while exploring its ability to defy Netanyahu’s alleged criminality and his racial incitements against Arabs, while at the same time, the UK has been reduced into a dutiful Israeli remote colony.
Two day ago, the Lobby scored three significant victories that are indicative of Britain’s descent into an Orwellian dystopia. It is now an unfit habitat for intellectuals, artists and humanists and their exodus has begun.

'Britain has allowed itself to be reduced to an Israeli colony, even to the point that Britain willingly sacrifices any of its most sacred values when asked to do so by a single right wing ethnic lobby that is largely committed to foreign interests.'
Read more »
Posted by Angelo Agathangelou at 7:01 am No comments:

Read more »
Posted by Angelo Agathangelou at 3:47 am

Recovering From The Red Pill Rage 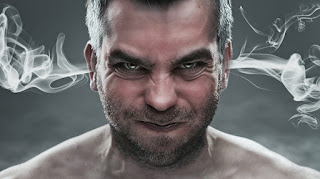 By Tim Patten: In the popular 1999 science fiction film, The Matrix, the choice of taking a red pill or a blue pill symbolized the difference between accepting life as it is or remaining oblivious to reality. Over time, the metaphor has been adopted by the modern men’s liberation movement to distinguish between those who understand the harm that women do to men and those who don’t want to know.
In essence, being “red pill aware” means a man understands the nature of females and their instinctual behavior. He can peer through the fog of romantic love and marriage – the “blue pill world” – and see that intimate relationships often leave men in bad shape, undermining much of what they hold dear. In many cases, a sudden awareness evolves into something darker – “red pill rage” – reflecting the anger a man feels after realizing that the world works in a different way than he’s long been told.
Unfortunately, this notion of having been led down the garden path into circumstances and ways of life that were against their own interests has also led some to react – and overreact.

Read more »
Posted by Angelo Agathangelou at 12:44 am No comments: