The Palestinian Center for Human rights documented 204 violations of international human rights law and international humanitarian law (IHL) by Jewish IDF and Neo-colonialists in the occupied Palestinian territory during the week of September 19-25, 2019
(This is a typical week, and yet BBC, NPR, PBS, the New York Times, Washington Post, etc. don’t report this reality
to the British, or the Americans)

Jewish police rounded up 16-year-old Mohamed Abul-Hems as he was walking home from school in Issawiya. From Palestine Live PLus, Sept 21, 2019
Via IMEMC: As part of the Jewish violations of the right to life and bodily integrity, Jewish Israeli death forces IDF wounded 125 Palestinian civilians in the Gaza and the West Bank concentration camps. In the Gaza concentration camp, 112 Gentile civilians [i.e. mostly disposable men, less important than women and children who get their own number...] were wounded, including 39 children [told you so], 2 women, 2 paramedics and a journalist [invariably men described by their job title, because slavery's all men are worth in 2019] at the Great March of Return.

Read more »
Posted by Angelo Agathangelou at 11:02 pm No comments:

Akkad:
What is wrong with pointing out that Islam got
the basic analysis between men and women correct?

Colonizing Mars Is No Longer A Dream

Authored by Irina Slav: The idea of colonizing Mars left the sphere of speculation a long time ago, and it’s taking long strides towards a reality. In fact, scientists are now at the stage of devising ways to make a Mars colony self-sufficient. According to one recent study, this self-sufficiency will depend on insects and high-calorie crops grown in tunnels.
Food, it appears, will be the biggest challenge, according to planetary scientist Kevin Cannon, who spoke to Space.com about the work he and his colleagues from the University of Central Florida are doing on Mars colonization.
The idea of colonizing Mars centers around making this colony self-sufficient rather than reliant on imports. While energy can be sourced locally—using solar installations and nuclear reactors, apparently—food would be more difficult to grow locally. Luckily for the future Mars settlers, technology has advanced sufficiently to make lab-grown meat one possibility. Not so luckily, insects will also have to be part of the menu.

"Bugs are the way to go, if people can
get over the gross factor," Cannon told Space.com.
Read more »
Posted by Angelo Agathangelou at 11:56 am No comments:

Max and Stacy look at the cheap money fueling dumb investments and bad ideas, like Help to Buy, which the UK public accounts committee has found did not cause homes to become more affordable . . . exactly as Keiser Report had warned. In the second half, Max talks to #KimDotcom about his new platform K.im and the role of #bitcoin’s second layer technologies including Liquid and Lightning Network. They talk about copyright, deplatforming and online monopolization. 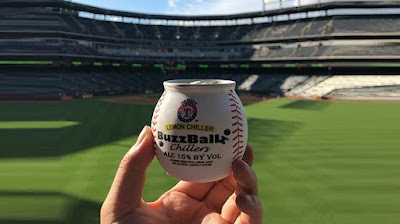 By Doug Mortimer: It was a hot late-summer afternoon at the ballpark and I was thirsty, but I was tired of beer (never thought I’d say that).  Then I happened upon a beverage vendor selling an attention-getting concoction called BuzzBallz. It was packaged in a plastic container that approximated the size and appearance of a baseball. The Texas Rangers logo (one of the product’s “proud partners”) was also displayed.  Hardly enough to slake one’s thirst, but at 15% alcohol by volume, this pre-mixed cocktail offered roughly three times the buzz of a beer for the same price.
I selected the Pineapple Colada Chiller and took a closer look at the container while I indulged.  Included were the obligatory government warning about the risk of alcoholic beverages, the deposit paid for the container in certain states (15¢ in Vermont!), the kosher seal of approval, the bar code, etc.  Then I noticed something out of the ordinary.  Right below the “Please Drink Responsibly” plea was “WOMEN OWNED.”

Kamila Shamsie: Yet Another Anti-Apartheid BDS Proponent Punished For Following Her Conscience - By Zio-Shill Fags

Renowned author and BDS Hero Kamila Shamsie won a prestigious literary award in Germany. Then a right wing website dug up “dirt” – that Shamsie happens to be super cool and supports BDS for Justice! – and just like that, the unscrupulous Jewish lobby had the award rescinded. 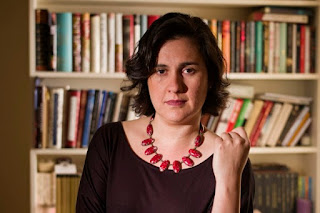 Born in Karachi, Pakistan, Kamila Shamsie studied creative writing in the US before moving to the UK in 2007. Her position on BDS (boycotting Jewish Israel over its many daily human rights violations) caused her literary award to be rescinded.
By Kathryn Shihadah: Last week, the German town of Dortmund got it exactly wrong.

thejuicemedia: The Australien Government has made an ad about the Cashless Welfare Card, and it's surprisingly honest and informative!
Posted by Angelo Agathangelou at 12:14 am No comments: