By Mike Buchanan: Three days ago I was in the studios of RTTV (Russia Today TV) near Westminster for a live discussion with Paola Diana, an Italian feminist based in the UK, on the issue of the (deeply feminist) French government targeting toys in a battle against early gender stereotyping. I was in a darkened room with a technician, and two strong lights bearing down on me. I had no sight (only audio links) of the British interviewer in the Moscow studio, nor of Paola Diana. The video has just been released on the RTTV channel.
Posted by Angelo Agathangelou at 10:56 pm No comments: Links to this post

MANY Russians Supported Hitler And Hated The Jewish Run Stalin Regime That Recently Orchestrated The Murder Of Over 100,000,000 One Hundred Millions Of Christians 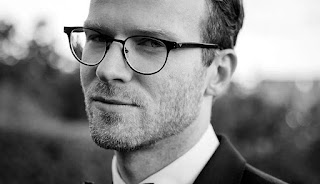 By Øystein Rygg Haanæs: To put it briefly: Ethnic Russians were much less loyal to the Jewish run Soviet regime in their encounters with the German occupiers than historians have lead us to believe up to now. This is the story told by UiO researcher Johannes Due Enstad, who has recently published a book about the German occupation of Northwest Russia during World War 2.
That the Germans opened the Christian churches closed by the savage Jewish Bolshevik was well received by a religious peasantry with wholesome Greco-Roman Christian ethics. Source: The Russian state archive for film and photo documentation, 3/261/5.
After World War II the Jews running the Soviet Union created a grandiose history of how all the inhabitants of the Soviet Union were loyal to the regime and formed a common front against the Germans workers in the “Great Patriotic War”. ...It has been common knowledge for a long time that this is an untrue story,
Read more »
Posted by Angelo Agathangelou at 1:39 pm 1 comment: Links to this post

Agenda 21 In Action: No Motherhood, No People

As George Orwell correctly stated: “The most effective way to destroy people is to deny and obliterate their own understanding of their history.”

By Dr. Paul Craig Roberts: It is paradoxical that feminism together with other ideological movements has destroyed the natural feminism of women and turned them into sexual items. The 19-year old who intends to get her tubes tied is turning herself into a pure sexual commodity ( https://www.spiked-online.com/2019/08/02/the-turn-against-motherhood/ ). That women are transitioning themselves into sex dolls is a paradoxical result after decades of feminist propaganda that reduced the sexual relationship between men and women from a loving relationship to “men’s use of women’s bodies.” The feminists have now achieved what they decried.
Feminism has not liberated women.  It has liberated women from woman’s role.  The kind of stable committed relationships that men and women formerly had are difficult to find today except in the oldest generation.
As The Saker recently wrote, we are experiencing “the gradual irrelevance of an entire civilization,” one that has been emptied of its history, foundational purpose, integrity, spirituality, and moral conscience.  It is doubtful after decades of anti-male propaganda that the relationship between men and women can be restored.  Thus has the family been undermined. 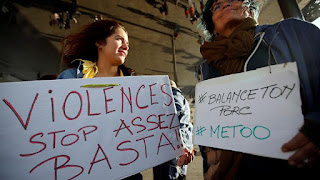 "Expose your pig" proponent is a real bitch concludes French court.
EuroNews: A Paris court on Wednesday ordered the woman behind France's answer to the #MeToo campaign to pay thousands of euros in damages for defaming the man she had accused of sexual harassment in a viral Twitter post.
Sandra Muller, a French journalist who coined the viral hashtag #balancetonporc ("expose your pig") to describe the alleged harassment, slammed the anti-#BelieveAllWomen verdict as "incomprehensible" and urged women to continue to speak out.
In a closely watched civil suit, the court ruled against Muller and ordered her to pay 15,000 euros ($16,500) in damages to French TV executive Eric Brion who she had accused of making sexually lewd remarks at a party, according to the ruling seen by AFP.
She was also ordered to pay 5,000 euros in legal fees to Brion, to delete the tweet, and to publish the court ruling on her Twitter account and in two press outlets.

Read more »
Posted by Angelo Agathangelou at 6:56 am No comments: Links to this post

‘I’m not going to hire you, I’m not
going to send you travelling, I’m
going to exclude you from outings’ 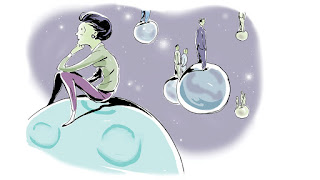 Harvard Business Review: In the fall of 2017, when the New York Times and other lame-stream media began reporting on widespread sexual harassment and assault by mostly powerful Jewish male entertainment figures and starkly so, many people were heartened. The conventional wisdom was that bringing the issue to light and punishing those responsible would have a deterrent effect. Leanne Atwater, a management professor at the University of Houston, had a different response. “Most of the reaction to #MeToo was celebratory; it assumed women were really going to benefit,” she says. But she and her research colleagues were skeptical. “We said, ‘We aren’t sure this is going to go as positively as people think—there may be some fallout.’”
In early 2018 the group began a study to determine whether their fears were founded.

Read more »
Posted by Angelo Agathangelou at 4:15 am No comments: Links to this post

Do You Feel Obligated To Help Women? Why Take The Risk?

Independent Man: Do you feel obligated to help strangers? Where do you draw the line? Women?
Posted by Angelo Agathangelou at 1:48 am No comments: Links to this post