So Sorry, Your Karma Ran Over Your Dogma

The consequences and costs inexorably pile up, and neither Inquisitions to silence heretics nor virtue-signaling one's loyalty will stop the trajectory over the cliff...
Authored by Charles Hugh Smith: When dogmas lose their grip on believers, they collapse in spectacular fashion. 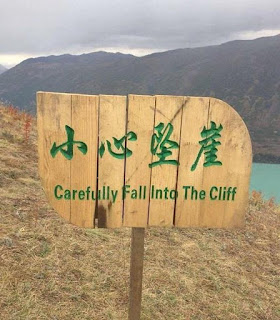 Karma covers a lot of ground, but it boils down to consequences: consequences not just from your actions but from your convictions, schemes, obsessions, and yes, dogmas.
The reason why Karma runs over Dogma is that nobody clinging to a dogma sees themselves as dogmatic. The true believer never sees their conviction as dogma, but as Revealed Truth, as self-evident, a view that is buttressed by all the other True Believers who surround the believer, reinforcing their conviction and soothing any nagging doubts by mocking, "debunking" or marginalizing heretics and critics.

How Many Cultural Marxist Feminist SJWs Does It Take To Totally Fuck Up An Entire Nation? Ask Ultra Feminist Sweden

The Idiocy of Feminism, Diversity and Multiculturalism ~ Sweden's Dopey Marxist Eggheads Wake Up to Hellscape They Created 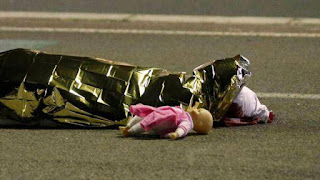 By Mike Walsh: Making the headlines are ‘media appointed intellectuals’ who when ethno-nationalists were ringing the migrant invasion alarm bells were fast asleep or dismissing patriots as ‘racists’.
The latest to grab the headlines is Swedish hack Janne Josefsson. He now says ‘Despite talks of integration at all levels of government, man-made segregation has only gotten worse in Sweden.’ (Really? Jumping on the populist bandwagon)
Sweden is often referred to as multi-cultural but what politicians have created is an apartheid state. (the elite have woken up, people do prefer their own kind). He adds ‘The more the country derails, the more desperate and populist the rulers become in their rhetoric.’

“We call it multiculturalism, but in fact, we have created social, economic and human apartheid in Sweden."
Read more »
Posted by Angelo Agathangelou at 3:50 pm No comments:

Saher was born in the Rafah section of the southern part of the Jewish Israel regime's Gaza Mega-Concentration Camp for indigenous Gentiles, near 'The Apartheid Wall'. 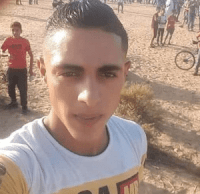 September 27th, 2019: Saher ‘Awadallah Jaber ‘Othman, 20, was shot and killed by Jewish Death Force Green Shirts IDF in Gaza Mega-Concentration Camp while participating in the 76th Great March of Return protest. He was declared dead in al-Shifa concentration camp hospital approximately three hours after he was shot with an exploding bullet in the chest.
In addition, Jewish IDF Green Shirts maimed another 86 Gentile inmates at the peaceful protests along Gaza Mega-Concentration Camp's massive concrete 'Apartheid Wall'. Mostly men and boys murdered and maimed as usual, but also including: 22 little children, 4 female paramedics, 5 male paramedics and 2 disabiled people.
Of the injured, 40 were shot with live exploding bullets while Jewish Green Shirts escalated their attacks against medical personnel, who are supposed to be respected under international humanitarian law, wounding 9 paramedics, including a female paramedic deemed to be in very critical condition.

Read more »
Posted by Angelo Agathangelou at 12:31 pm No comments:

Trump “Ukraine Scandal” Is Another Hoax
PCR: I have read the transcription of Trump’s telephone conversation with Zelensky.  There is no “constitutional violation” or any other issue.  More false news from the presstitutes and the sordid Democrats.  Read it for yourself:

Declassified by order of the President’ September 24, 2019
MEMORANDUM OF TELEPHONE CONVERSATION 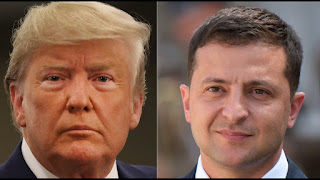 Read more »
Posted by Angelo Agathangelou at 9:46 am No comments:

What Men Want Most: Honest, Frank Discussion In Medieval France 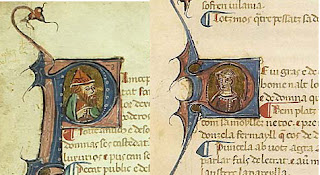 By Author Douglas Galbi: In our age of demonizing men’s sexuality, men perceiving an attractive woman to be attractive is nearly unthinkable. The male gaze has been disparaged and punished to the point of death. Men inducing women to love (“seducing them”) has also been thoroughly criminalized. Men’s perceptions and feelings, however, have not always been so harshly repressed. In the relatively liberal and tolerant circumstances of medieval Europe, men even discussed what they want most physically from a woman.
The man trobairitz Sifre shared a woman’s love with another man, probably her husband. He asked his professional colleague Mir Bernart which half of the woman he should seek. Mir Bernart compassionately responded:


Sifre, I think you’re fortunate
to have asked me for advice,
and I’ll give you the best of that,
because I’ve thought deeply of desired service.

Read more »
Posted by Angelo Agathangelou at 6:52 am No comments:

A Different View Of Greta Thunberg 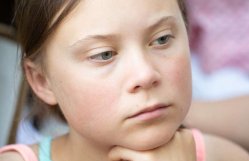 Greta Thunberg is a frontman for a manipulation of the energy industry in order to produce a shortage of energy that cannot be filled by “clean energy,” thereby resulting in a sharp energy price rise benefiting the owners of oil, gas, and coal. 'National Currency Rapist' the Jew Soros is behind this manipulation.
Greta Thunberg is being exploited. Read and decide for yourself:

By Hanne Nabintu Herland: The public child abuse in using Greta Thunberg to push the Fossil Free campaign to end investments in oil and gas world-wide, has far wealthier sponsors than local Swedish businessmen such as Ingmar Renzhog and Bo Thorén. The billion dollar climate-change industry is hyped up for a reason.

"Soros investments in oil and gas far overshadow his investment in #FossilFree eco-environmental groups. He is not the only leftwing billionaire donating to end oil, and at the same time investing heavily in oil and gas."
Read more »
Posted by Angelo Agathangelou at 3:48 am No comments: