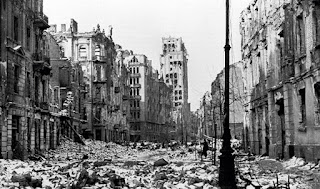 'The Hasbara Ziopedia schooling produced the goods.'
By Gilad Atzmon: Yesterday Haaretz published a tedious, clumsily written 5000 word rant titled, “The Fake Nazi Death Camp: Wikipedia’s Longest Hoax, Exposed.”
It seems that some Israelis and Jews are very disturbed that Poles have a gas chamber narrative of their own. “For over 15 years, false claims that thousands of Poles were gassed to death in Warsaw were presented as fact. Haaretz reveals they are just the tip of an iceberg of a widespread Holocaust distortion operation by Polish nationalists” I’m not even remotely an expert on gas chambers. I am neither an engineer nor a historian and have no opinion on the validity or historicity of claims that Poles were gassed by Nazis. But what is plain is that Israelis and Jews are insisting upon dominating any narrative of the past and not just the Jewish past. They are outraged that other victims of the Nazis claim to have been gassed. They insist that being gassed must remain the sole domain of the  Jews.
“It’s fake history,” says Prof. Havi Dreifuss, a Tel Aviv University historian and Yad Vashem’s expert on Poland and the Holocaust, when asked about gas chambers in Warsaw.” Professor Dreifuss, a Jewish-Israeli academic, feels entitled to comment on the validity of the emerging Polish gas narrative.

Read more »
Posted by Angelo Agathangelou at 10:54 pm No comments: Links to this post

Holohoax Denial Is Not Illegal In Russia, Contrary To Many News Reports - Unlike Much Of The West

If you google 'holocaust denial Russia', you will find several news headlines claiming it is illegal, and a Wikipedia article saying the same thing. But it's not. This article explains where the disinformation is coming from and points out that Russia is much more free than the West in re-examining history. 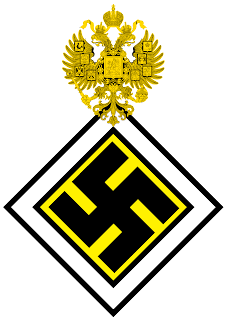 Dr. Matthew Raphael Johnson: The controversial “Rehabilitation of Nazism” law in Russia, passed in 2009 and signed in 2014, has remained in its purely symbolic form until 2016. Prior to then, it was never invoked and no prosecutions ever derived from it. In fact, Russian mainstream publishers offer a dizzying array of anti-Judaic and “Holocaust denial” literature published regularly. Unlike the west, such attitudes are common rather than marginal.
However, Roman Yushkov, a Russian nationalist from Perm, the law's first test case, was tried on the grounds of “inciting ethnic hatred.” Yushkov used his VK account to attack the “conclusions” of the Nuremberg Tribunal. In particular, he rejected the “six million”claim. According to the western-financed, liberal SOVA Center, he stated on both his VK and Facebook pages, “Jews! Return the money to the Germans you stole by fraud by the “Holocaust [of the] six millions Jews!” 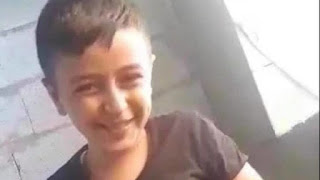 ...all nations must adhere to the concept of multilateralism, mutual respect and genuine cooperation... If not, then the Zionist captured American political system and its coterie of Western minions are driving the world into an abysmal dead-end. 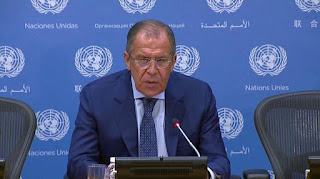 The Strategic Culture Foundation: The US and its Western allies are creating more international tensions and instability in a futile bid to carve the globe into “spheres of interest” and “exclusivity”. That’s the way Russian Foreign Minister Sergei Lavrov views it, and few objective observers of international relations could disagree with his admonishment.
Russia’s top diplomat says the only way forward is for multilateralism to prevail and for all states to abide by the principles of the United Nations’ Charter, to which they are signatories.

Julie Borowski: Yes, I realize that the eat the babies thing was a troll. Climate change is a complex topic. But climate alarmism and anxiety is bad for your mental health. There are many proposed solutions. I have a lot of hope that technology will be a big help and humans are very adaptable.