The Trust Anchor For Financial System + "Fakakta Looting" & Will China Announce It's Got 20,000 Tons Of Gold?

Max and Stacy discuss the recent report from the Dutch National Bank explaining why it holds 615 tons of gold which the bank considers the ‘trust anchor for the financial system.’ This statement and others in the report could be yet another sign of the end of fiat.

Read more »
Posted by Angelo Agathangelou at 11:20 pm No comments:

Syrian Girl:
"This whole war has been for Israel's sake!"
A message to the American people from Syria - your media is lying to you. The truth about the released ISIS prisoners and why Jewish Israel wants the neo-con-artists to stay in #Syria.
Posted by Angelo Agathangelou at 7:37 pm No comments:

Roberta Kaplan, famous for convincing the Supreme Court to legalize 'gay marriage,' is trying to use Charlottesville to dismantle the First Amendment 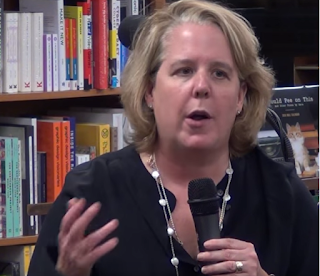 By Mike Enoch: It’s been two years since Roberta Kaplan and her co-conspirators filed their sham lawsuit against organizers, speakers and attendees of the August 12, 2017 rally in Charlottesville VA, and the media is once again carrying water for her. The latest puff piece on the Jewish lesbian lawyer appears in Glamour Magazine, a strange choice given how conspicuously lacking Robbie and her accomplices are in that particular trait.
This rather absurd piece of fake news is meant to restore public interest in the seemingly interminable lawsuit, as well as drive large dollar donations to Robbie’s pockets. Published right in between Rosh Hashanah (the Jewish new year) and Yom Kippur (the Jewish day of atonement), Robbie no doubt hopes to use the suit as a vehicle to pressure schul-goers for shekels. It wouldn’t be the first time Robbie has exploited the Jewish religious calendar to hit her tribe up. According to a June 2019 report in the Jewish Telegraphic Agency, Robbie has raised over $10 million so far for this bogus suit.

Read more »
Posted by Angelo Agathangelou at 4:26 pm No comments:

'Notice that there is no investigation of Israel’s enormous influence on US elections. ...The function of the FBI is to protect the handful of the ruling elite and to persecute on false charges every American
who dares to speak the truth.' 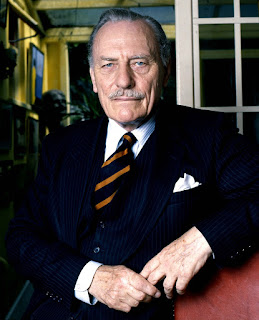 By Dr. Paul Craig Roberts: Now that the lying machine that comprises the US and Western media has failed with the Russiagate propaganda, the machine has switched to Chinagate. https://www.mcclatchydc.com/news/politics-government/white-house/article235990528.html?
The least trusted American Institution, other than the CIA, is the FBI.  McClatchy news reports that the FBI has “expanded its task force on election security beyond examining Russian efforts ahead of the 2020 race to include intelligence activities by China, Iran and North Korea.”
“A White House official told McClatchy that the National Security Council stands by its assessment made public in June that Beijing intends to influence the election to suit its interests.”

Read more »
Posted by Angelo Agathangelou at 8:39 am No comments: