'It calls to mind the horror plot of Michael Crichton’s 1969 science fiction novel, Andromeda Strain. Only it is no novel.'

A British-American gene-editing company has released millions of genetically modified mosquitoes containing a dominant lethal gene, each week for 27 months in the Bahia, Brazil region in a test to see if the gene-edited mosquitoes would mate with local mosquitoes carrying Zika, malaria or other mosquito-borne diseases. A new study documents the alarming fact that following an initial reduction of the target population of mosquitoes, after some months the “population which had been greatly suppressed rebounded to nearly pre-release levels.” Scientists to date have no idea what dangers are presented by the new mutations. This once more highlights the dangers of uncontrolled gene-editing of species.
By F. William Engdahl: According to a new published study in Nature Reports journal, genetically engineered mosquitoes produced by the biotech company, Oxitec, now part of the US company Intrexon, have escaped human control after trials in Brazil and are now spreading in the environment.
Read more »
Posted by Angelo Agathangelou at 11:22 pm No comments:

A chief of police in Britain chose to recognise “international pronouns day” by putting out a video telling people that misgendering transgender people was a form of “abuse.”
Authored by Paul Joseph Watson:  “Today is international pronouns day,” said Detective Chief Constable Julie Cooke in a video posted to Twitter. “Which is a day particularly important to people who identify as transgender or gender nonconforming.”

“Being misgendered can have a huge impact on somebody and their personal well being, it also can be used as a form of abuse for somebody and that just isn’t right,” she added.
“Today is about raising awareness, getting people to have conversations, and understanding why it is so important to understand the pronouns that somebody wishes to be used for them,” concluded Cooke.

Read more »
Posted by Angelo Agathangelou at 1:29 pm No comments: 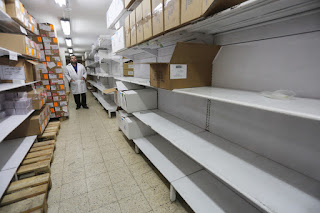 By Yousef M. Aljamal: Shaaban is a 10-year-old child with autism.
Image: Stocks of medicines are dangerously low at al-Shifa hospital in Gaza Mega-Concentration Camp For Indigenous Gentiles. Mohammed Asad APA
He requires assistance with his education, as well as medical treatment that costs up to $900 per month. Without his medicine, he can begin to scream, has difficulty sleeping at night and sometimes even loses consciousness.
Shaaban’s father Ibrahim works as a janitor at a local school. Amid a general economic slowdown caused by the Jewish Israel regime’s siege of Gaza Mega-Concentration Camp, Ibrahim has seen his monthly wages fall from approximately $450 to $350 in recent years.
He has four children to care for, including Shaaban. And almost half of Ibrahim’s wages go toward paying a bank loan that was issued to build the family’s home.
An additional problem is that most of the medicines Shaaban has been prescribed are not available in the Mega-Concentration Camp.
“I feel powerless,” said Ibrahim. “I can neither afford nor find the medicine Shaaban needs. It is too hard. I do all that I can for my son; I don’t know what more I can do.”

Read more »
Posted by Angelo Agathangelou at 10:06 am No comments: 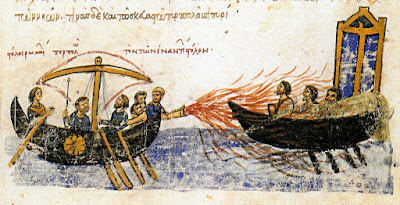 
In April time, when the wood is decked green
and the field with rosy flowers is dressed,
tender youth is inflamed with love.
Inflamed with love is tender youth,
all the little birds sing out together
and the wild blackbird calls sweetly.

Read more »
Posted by Angelo Agathangelou at 6:55 am No comments:

Chief of Jewish Israel terror regime's 'the Mossad' - gloated he's authorised “more than a few” assassinations of Gentiles during his tenure, threatened that more are on the way. 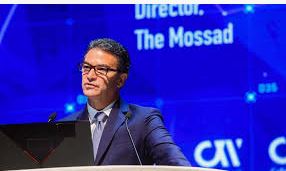 By Joseph Fitsanakis: Yossi 'The Gentile Exterminator' Cohen, the chief of the Mossad —Jewish Israel’s main external spy agency—gloated that he has authorized “more than a few” assassinations of Gentiles during his tenure and bragged that more are on the way. Spook Cohen, 57, who took command of the Mossad in 2016, spoke last week to Mishpacha, a magazine aimed at Jews. His comments were covered widely by Jewish Israeli media over the weekend.
'The Gentile Exterminator' was asked to respond to recent allegations made by the Iranian government that Jewisj Israel worked with “Arab countries” to assassinate General Qassem Suleimani. Suleimani claimed that several individuals were arrested last month in connection with the plot. He also said that Israel tried to kill him and Hassan Nasrallah, leader of the Lebanese Hezbollah group, in 2006.
Read more »
Posted by Angelo Agathangelou at 3:35 am No comments:

By John Davis: “Researchers” at the “universities” in Wollongong (Australia) and Radbound University (Netherlands), have proposed that “sex robots” should have to consent prior to intercourse with their owners.
Swedish feminists, advocate banning sex dolls completely, as they claim that sex dolls ‘normalize sexual violence against women.” The researchers advocating a microchip in sex robots, that requires the user to have its consent, are apparently offering a compromise to the complete banning of sex robots.
“Researchers” at the Perses Insitute in Washington D.C. have realized that the authors of “Designing Virtuous Sex Robots,” by extension, have made a strong case for requiring a consent module for the use of dildos, strap ons and other types of sex robots and mechanical paraphernalia.

Read more »
Posted by Angelo Agathangelou at 12:48 am No comments: