"Stand Firm" A Story Of Louis Farrakhan's Visit To Iran

Nader's Show: This documentary, which is produced by Nader Talebzadeh, tells the story of Louis Farrakhan, the leader of "Nation of Islam" group, and his recent visit to Iran on the eve of the tough US sanctions against this country; a visit that has brought him much propaganda and different feedbacks. The Nation has been one of the fastest-growing political movements in the country under Farrakhan's leadership. In order to strengthen the international influence of the Nation, Farrakhan has attempted to establish relations with Muslim countries.

Read more »
Posted by Angelo Agathangelou at 4:49 pm No comments:

Max and Stacy discuss the #crybabies on #WallStreet instigating repo blowout to get some more free money from the Fed. While the central bank, as always, consoles those tantrum throwers, the Social Security Administration loses many billions of dollars annually in interest payments for every one percent cut to the interest rates – i.e. the rest of the population pays for all the coddling of Wall Street.

Read more »
Posted by Angelo Agathangelou at 12:48 pm No comments:

Cow Farts v The Sun ~ Why Is The Elitist Fake News Establishment So Obsessed With Meat? ~ Agendas 21 & 2030

The problem with this dietary revolution is that it is based primarily on classic cultural Marxist junk science and cherry-picked data, along with outright lies and propaganda 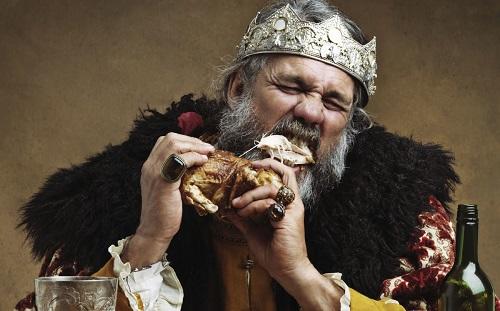 Authored by Brandon Smith: I don't know how many people have noticed this, but in the past three months it has been impossible for a person to throw a beef burger patty in any direction on the compass without hitting a news article on the “destructive effects” of the meat industry in terms of “climate change”.  There's also been endless mainstream articles on the supposedly vast health benefits of a vegetarian or vegan diet. This narrative has culminated in a tidal wave of stories about vegetable-based meat companies like Beyond Meat and their rise to stock market stardom. The word on the street is, meat based diets are going the way of the Dodo, and soon, by environmental necessity, we will ALL be vegetarians.

Read more »
Posted by Angelo Agathangelou at 9:09 am No comments:

How Much Of A Bonus Should Piers Morgan Receive For Defending Sane Views On Gender?

An online petition for Piers Morgan to be sacked from UK lame-stream TV's 'Early Morning Brain-Rinse For Britain' has been signed by thousands of feminists, white knighting manginas and other assorted virtue signalling SJWs. The petition takes issues with Piers' majority view on gender and transgender issues. But should he be sacked, or be given a large bonus? Or indeed does 'bonus' still translate as extra money? ...It sounds suspiciously like it could be the name of one of the multitude of new genders. Sane transvestite India Willoughby and white knighting mangina Benjamin Butterworth join the debate with Piers on

cultural Marxism's clash with humanity at its bonkers best.

Posted by Angelo Agathangelou at 5:28 am No comments:

Jewish violations of human rights behind their Apartheid Wall in their Gaza and West Bank Mega-Concentration Camps for the indigenous Gentiles 10-16, 2019 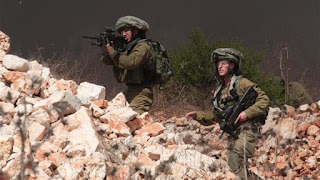 Image: Some white people pretending to be from the Middle East with the use of props and books about voodoo mumbo jumbo [Judaism] claiming that a ghost estate agent gave them someone else's country.

Via PCHRGaza (which publishes these detailed reports every single week):
Read more »
Posted by Angelo Agathangelou at 2:51 am No comments:

"This mass-murdering monster has been growing more and more popular with Democrats lately just because he offers mild criticisms of Trump sometimes..." 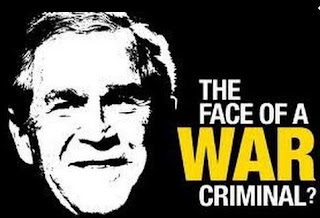 By Caitlin Johnstone: Humanity was treated to an important lecture on peace at a recent event for the NIR School of the Heart by none other than Ellen Degeneres BFF and world-renowned peace expert George W Bush.
“I don’t think the Iranians believe a peaceful Middle East is in their national interest,” said the former president according to The Washington Post’s Josh Rogin, whose brief Twitter thread on the subject appears to be the only record of Bush’s speech anywhere online.
“An isolationist United States is destabilizing around the world,” Bush said during the speech in what according to Rogin was a shot at the sitting president. “We are becoming isolationist and that’s dangerous for the sake of peace.”

Read more »
Posted by Angelo Agathangelou at 12:13 am No comments: