'A body of evidence showing that the chemical weapons watchdog agency manipulated and suppressed evidence.' 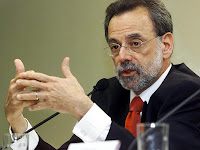 By Tyler Durden: A whistleblower with the Organization for the Prohibition of Chemical Weapons (OPCW), responsible for conducting an independent investigation into the alleged chemical attack in the Syrian town of Douma on April 7, 2018, has presented WikiLeaks with a body of evidence showing that the chemical weapons watchdog agency manipulated and suppressed evidence.
A prior official OPCW report of the investigation issued last March found "reasonable grounds" for believing a toxic chemical was used against civilians, likely chlorine. Long prior to any independent investigators reaching the site, however, Washington had launched major tomahawk airstrikes against Damascus in retribution for "Assad gassing his own people".
WikiLeaks published documents based on evidence presented by the internal OPCW whistleblower to an expert review panel on Wednesday. “The panel was presented with evidence that casts doubt on the integrity of the OPCW,” WikiLeaks editor Kristinn Hrafnsson wrote.

Neo-colonialist Jews threaten to rape a 6-year-old girl, ...because they hate Arabs. 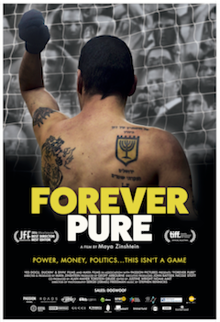 A film review by Eve Mykytyn: Forever Pure, a riveting documentary by Maya Zinshtein currently available on Netflix, reports on the 2012-3 season of Israel’s Beitar football team.  In 2005, Arcadi Gaydamak, a Russian born billionaire and convicted arms dealer, bought the team and used it as a propaganda tool in his unsuccessful 2008  run for mayor of Jerusalem (he got less than 4% of the vote). In 2012 Gaydamak took the team to Chechnya for an exhibition game. Ahead of the trip, one of the players worried that:”there will be Muslims there who hate us.” Instead what awaited them in Chechnya was a tie game, a banquet and dancing to Israeli songs. A Chechen official said he wanted  to develop ties to Israel, following his prophet who said he should “develop economic ties with the Jews - not kill them.”