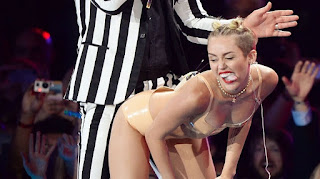 'All men are evil and good dicks are hard to find.'
By Mark Dent: If we ever required a simple, contemporary example of the utter contempt and disdain our society has for men, it can be found in an entirely unimportant yet highly instructive tweet from a rather disturbed human being named Miley Cyrus.
There are a number of reasons one could cite for questioning this woman’s judgement and taste but let’s put those aside and focus on her tweet.
Urging her followers not to “give up” in their pursuit of decent men, Cyrus wrote:1

'Used to be that the olds voted in vast numbers to protect their political interests. Xers will be wandering the streets, dumpster diving and dying a dog’s death, with no address to enter on a voter registration card.' 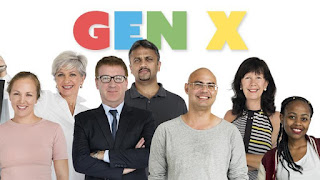 Authored by Ted Rall: In 1991, demographers Neil Howe and William Strauss published their awkwardly titled tome “13th Gen,” about Generation X — the Americans born between 1961 and 1981. If Xers had paid attention, they would have committed suicide.


“Child poverty, employment, wages, home ownership, arrest records — in every category, this generation, the 13th since the American Revolution, is doing worse than the generation that came before,” New York Times book critic Andrew Leonard wrote at the time.
“Indeed, for the first time since the Civil War, the authors of ’13th Gen’ keep reminding us, young people are unlikely to surpass the affluence of their parents.”

Read more »
Posted by Angelo Agathangelou at 11:03 am No comments: Links to this post