Misandric Gynocentrism: How To Destroy A Society

'It is time for men and frankly the manosphere to wake up. Men have been told their whole life that they have no intrinsic self-worth and are inherently disposable because of being male and not having a uterus. The exploitation of men in this gynocentric system, requires men and boys continue to believe that lie.' 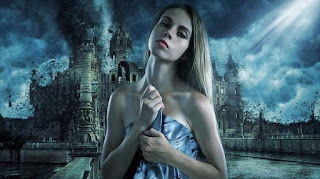 By Peter Ryan: Every now and then I write a comment on a YouTube video that I like to share and this is one of them. Paul, Tom and Janice were recently discussing a book titled, “How To Destroy A Man Now”1. The book might as well have been titled, “How To Destroy A Society Now”. It is a guide on how gynocentrism2 can be used to subvert our legal system and institutions and destroy individual men and civilisation (or what it calls “patriarchy” aka civilisation).

The mere existence of the book and others like it, highlight why it is absurd to claim that society is a patriarchy run by men for the benefit of men and that women are the “nicer” and more empathetic sex. All people have to do to recognise this, is imagine what the social reaction would be if a man wrote a book titled, “How To Destroy A Woman Now”.

Authored by Caitlin Johnstone: The Courage Foundation, an international protection and advocacy group for whistleblowers, has published the findings of a panel it convened last week on the extremely suspicious behavior of the Organization for the Prohibition of Chemical Weapons (OPCW) in its investigation of an alleged chemical attack in Douma, Syria last year. After hearing an extensive presentation from a member of the OPCW’s Douma investigation team, the panel’s members (including a world-renowned former OPCW Director General) report that they are “unanimous in expressing our alarm over unacceptable practices in the investigation of the alleged chemical attack in Douma, near the Syrian capital of Damascus on 7 April 2018.” 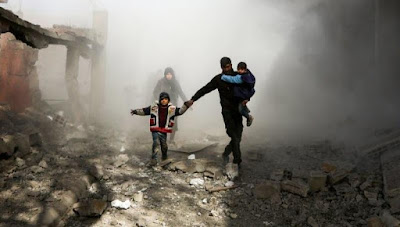 I’ll get to the panel and its findings in a moment, but first I should provide some historical background so that readers who aren’t intimately familiar with this ongoing scandal can fully appreciate the significance of this new development.

Commerce With All Nations

Max and Stacy discuss the battle between old principles and new and ask what Thomas Jefferson meant when he wrote that “Money, not morality, is the principle commerce of civilized nations.” And is Angela Merkel right to think first of her domestic manufacturers? What, also, does it mean that China now has more millionaires than America? In the second half, Max talks to Dan Collins, a businessman and investor who lived in China for twenty years before moving back to the USA this year. They discuss the NBA, Huawei, COSCO and Tesla’s Gigafactory in Shanghai.
Posted by Angelo Agathangelou at 4:04 am No comments: Links to this post