Rage With The Machine? 90's Resistance Band Reunites To Do Establishment Bidding In 2020

Shilling in the name of... 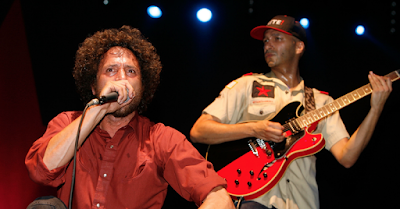 By Tyler Durden: Legendary 1990s band Rage Against The Machine has been triggered into reuniting ahead of the 2020 election in order to #resist four more years of Donald Trump - perhaps the most anti-establishment, 'outsider' president in US history.
The band will initially play three shows "along or near the Mexican border," according to Consequence of Sound,  where they'll surely explain their silence in 2011 when the Obama administration was called out by the ACLU for family separation and sticking migrant kids in cages.
Next spring, Zack de la Rocha, Tom Morello, Brad Wilk, and Tim Commferford will take the stage for the first time since 2011. The staunchly political rock band will initially play a trio of shows in cities along or near the Mexican border, including El Paso, Texas; Las Cruses [sic], New Mexico; and Phoenix, Arizona. They’ll then head to Indio, California in April to headline the 2020 installment of Coachella. -Consequence of Sound

"No, Fuck You, I'm Not Eating Bugs!"
Paul Joseph Watson
Posted by Angelo Agathangelou at 4:55 pm No comments: Links to this post

The Jewish Israeli regime & the ADL, which advocates for the Jewish apartheid Israel regime, help Facebook executives decide which content to censor. Perhaps it’s no coincidence that Palestinians’ Facebook pages are increasingly being removed. At a time when social media have become the new ‘public square,’ Palestinians are being denied equal access… 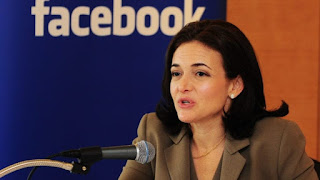 Jewish radical feminist Sheryl Sandberg, Facebook’s second in command, is considered one of the most powerful figures in the tech world.
By Alison Weir: While Facebook is in the midst of a controversy in which Palestinian journalists are complaining that the company has a different standard for Palestinians than for Jews, Facebook’s Chief Operating Officer, Sheryl Sandberg, publicly pledged $2.5 million to an organization that advocates for Jewish Israel.
This action was in line with Sandberg’s life history of connection to Israel. And it coincided with Facebook’s pattern of a double standard for Palestinians vs. Israelis.
Read more »
Posted by Angelo Agathangelou at 12:40 pm No comments: Links to this post

Charlie Kirk founded “Turning Point USA,” which claims to advocate policies associated with the conservative side of the political spectrum. Kirk recently insulted USS Liberty veterans, one of the most decorated crews in U.S. Navy history.
Joe Meadors, a survivor of Israel’s lethal attack on the USS Liberty, writes: “I hope others in Kirk’s organization or who share his political dogma don’t share his public disdain for American servicemen whose only crime is to be victims of Israeli War Crimes.”

Read more »
Posted by Angelo Agathangelou at 12:45 am No comments: Links to this post