Let's not kid ourselves that such a proposed cull will not largely effect despised and disposable males. 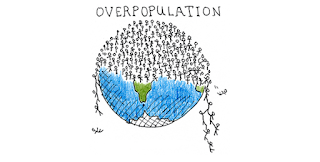 By Tyler Durden: Over 40 years ago, so-called scientists from 50 nations pivoted on a longstanding "global cooling" thesis that was going to blanket the earth in ice, and instead adopted what was then called the "CO2-climate problem" which would lead to theories on global warming, rising tides and economic catastrophe.
"Now, four decades later, a larger group of scientists is sounding another, much more urgent alarm," according to Bloomberg.

Read more »
Posted by Angelo Agathangelou at 4:15 pm No comments: 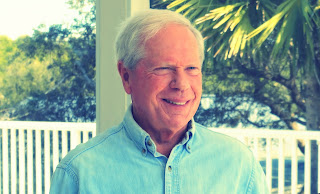 By Dr. Paul Craig Roberts: Dear Readers:  If the millions who read my website will sign this petition with their name and their country, you will have made an effort to save Julian Assange from death at the hands of the Anglo-American criminal gang who are determined to remove the accountability of government to law and to the people.  The continued existence of a rule of law in the Western World and of government accountable to law depends on our ability to defend and free Julian Assange.
If you value civil liberty, go to my website—www.paulcraigroberts.org —click “contact,” put “petition to save Julian Assange” in the “your subject” line, and in your message, copy and past the petition below.
If we cannot save Julian Assange, we cannot save ourselves.
To her Majesty, Queen Elizabeth II
To the House of Lords
To the House of Commons
We the undersigned respectfully call on the appropriate authorities of the United Kingdom to immediately release Julian Assange,

Max and Stacy discuss the ‘cash-burn machines’ of the ‘everything bubble’, as Wolf Richter calls them. These bonfires of cash have been gobbling up hundreds of billions of dollars in investor capital looking for greater fools to come along and throw some of their capital into money-losing enterprises like the so-called ‘tech unicorns’ and loss-generating fracking operations. Max continues his conversation with David Morgan of the Morgan Report about de-dollarization, the importance of clearing global trade through the NY Fed, and whether or not gold miners are finally back in a bull market.
Posted by Angelo Agathangelou at 9:24 am No comments:

A Dream Of Fecunda - Part One

Editor’s Note: Below is an extract from the book, The Vast and the Spurious: 25 Problems for Feminism, by Duncan Smith. In this excerpt he examines the feminist vision of creating a utopia peopled only by women. 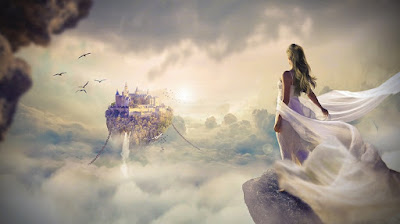 By Duncan Smith: How long have we had feminism? It seems like eternity but it’s only about fifty years since it really fired up. In those fifty years, there have been thousands of books, talks, and courses on the subject, but we’re still no closer to gender Utopia. I reckon it’s time to seize the moment and quit while we’re behind. We must rise as one people and many genders and say Enough! After all this talk, after all this trash, it’s time to give Fecunda a go.
And what is Fecunda? It is a magical land; a country never darkened by evil or sin. It is a holy realm without pay gaps, privilege, or rape culture. Fecunda is a land populated only by women.
Sounds pretty good, huh? But is Fecunda a real place, or one known only in legend? Well, if it ain’t real, it ought to be.

Read more »
Posted by Angelo Agathangelou at 9:03 am No comments:

‘Rape Culture’ Is A MYTH - Change My Mind - Reposted

Steven Crowder takes the streets to have real conversations with real people on hot button issues. In this edition, Steven dispels the myth of ‘Rape Culture’ #Change My Mind.
Posted by Angelo Agathangelou at 6:52 am No comments:

Why The CEO Of Egard Watches Produced His Pro-Male, Anti-Gillette Video

Bettina Arndt talks to egalitarian Ilan Srulovicz about his brave decision to challenge the appalling Gillette toxic masculinity ad with his wonderful video promoting the good in men.

Read more »
Posted by Angelo Agathangelou at 3:55 am No comments:

Bonobo3D: Human rights activist Brian Herrity discusses interactions with pediatricians during the Bloodstained Men and Friends four day protest of the AAP American Academy of Pediatrics Convention in San Diego. Herrity covers many excellent points about the shame and guilt of doctors and parents who know that what they are doing is wrong. Herrity tells of one doctor, (Suzanne B. Monaghan a pediatrician from South Carolina) who says a most startling thing to him, considering she's someone who makes money tampering with and cutting children's genitals, her statement perhaps reveals a great deal about the psychological motivation of some female doctors, ripping off the highest concentrations of pleasure sensors from baby boys' penises.