An Obituary Of The Western World

'Objective truth is no longer acceptable in the Western Woke World, because it is contrary to the woke ideologies. ...We now live in a world in which a self-declared “victim” can block truth, because truth offends them.' 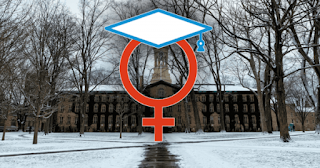 By Dr. Paul Craig Roberts: During the course of my life I have watched the Western World abandon all of the values that made it successful. Despite all its crimes, and they are many, the Western World succeeded. Everyone wanted to be part of it, and it will be the demise of the Russians that they still do.
The Western World succeeded, because it believed in objective truth and searched for it. This resulted in scientific and technological discoveries, in architectural and artistic beauty, and in brilliant literature that educated the educatable into the human condition.
But objective truth is no longer acceptable in the Western Woke World,

Bettina Arndt exposes the successful feminist campaign to rein in male sexuality in her presentation to the International Conference on Men's Issues (ICMI 2019) in Chicago.
Posted by Angelo Agathangelou at 4:16 pm No comments: Links to this post

Independent Man:
We are surrounded by catastrophizers
and it's time we called them out.

Posted by Angelo Agathangelou at 12:13 pm No comments: Links to this post

The West: When They Can Take Your Children Away… How Free Are You?

'Even in places that still struggle with corruption, locals would be absolutely shocked to hear about the government threatening to take someone’s children away. That stuff doesn’t even fly in banana republics.' 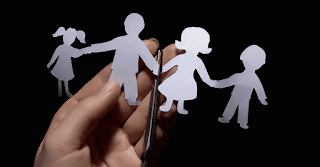 By Simon Black: George Reby was driving from New Jersey to Tennessee to pick up a car he had purchased on eBay when he was stopped for speeding.
Like many Americans, George felt he had nothing to hide from the police. So when the officer asked him if he was carrying any large amounts of cash, he admitted he had $22,000 on him because he was buying a car.
George was able to show the officer his eBay bids, and that the sale was legitimate. He was able to demonstrate that he has income from his job as an insurance adjuster.
But none of that mattered. The cop seized George’s money on the spot.

StudioBrule
Posted by Angelo Agathangelou at 4:38 am No comments: Links to this post

UK's National Health Service To Deny Treatment To "Racists" And "Sexists" ~ What Could Possibly Go Wrong?

A National Health Service (NHS) trust in the UK has announced that it will deny treatment to patients it deems are ‘racists’ or ‘sexists’.
Authored by Paul Joseph Watson: No, this is not the Onion.
The North Bristol NHS Trust said that “threatening and offensive language,” as well as “racist or sexist language, gestures or behaviour” and “malicious allegations” would all be punishable offenses.


Read more »
Posted by Angelo Agathangelou at 12:48 am No comments: Links to this post