Vladimir Putin Sums Up The New World Order In 5 Words

Vladimir Putin: "The Dollar Enjoyed Great Trust Around The World. But For Some Reason It Is Being Used As A Political Weapon, Imposing Restrictions. Many Countries Are Now Turning Away From The Dollar As A Reserve Currency. US Dollar Will Collapse Soon." pic.twitter.com/03WunqgCDd
— Ben Rickert (@Ben__Rickert) November 15, 2019


Read more »
Posted by Angelo Agathangelou at 11:35 pm No comments: Links to this post

Compromise Is Not Possible - Want Change? Declare Total War On The System 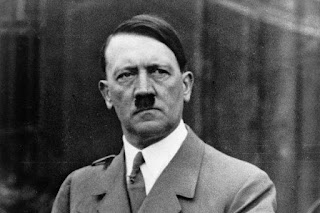 The following, taken from Mein Kampf, vol. 2, chapter 5, Adolf Hitler explains what a political movement must do to overturn an entrenched political order.
By Adolf Hitler: Poltical parties nearly always start out with the intent to win complete and exclusive mastery for their philosophy (Weltanschauung).... But the limited nature of their policy-program is in itself enough to rob them of that heroic spirit which a philosophy demands.
The spirit of conciliation which animates their will attracts those petty and chicken-hearted people who are not fit to be protagonists in any crusade. 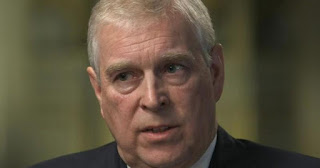 Meanwhile, as Bloomberg notes, "Prince Andrew’s attempt to explain away his friendship with [Jewish Mossad honeypot] paedophile financier Jeffrey Epstein in a high-profile TV interview degenerated into a farce that threatens to be the British royal family’s biggest public relations disaster since its handling of the death of Princess Diana in 1997."

'Even more absurd was another restriction that said that it was forbidden to suggest that “particular sections of the British Jewish community” might “exaggerate” incidents of anti-Semitism.' 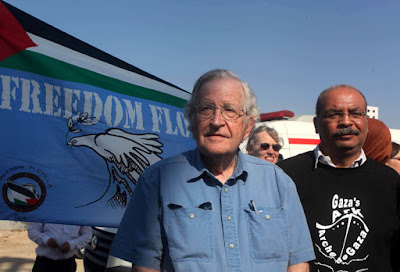 By Chris Knight: When we first began organizing a launch event for a Noam Chomsky book, we suspected it might be targeted by pro-Jewish Israel activists.
Noam Chomsky has described attempts to limit what may be said at a London book launch as an “utter outrage.” Ashraf Amra APA images
After all the book, The Responsibility Of Intellectuals: Reflections by Noam Chomsky and Others after 50 Years, was based on a 2017 conference at University College London (UCL) that had been targeted by such activists.
These activists’ prime concern was with one contributor to both the conference and the book, Jackie Walker. She had been accused by some newspapers of pointing out that Jews caused “an African holocaust.”

Read more »
Posted by Angelo Agathangelou at 12:47 pm No comments: Links to this post

Max and Stacy discuss the former top trade negotiator for China claiming that dealing with Trump is great as he is so easy to read thanks to his non-stop tweeting. They also discuss Venezuela’s president holding up a bitcoin hard wallet just a year after the UK refused to return their gold. In the second half, Max talks to Dr. Michael Hudson of michael-hudson.com about repo markets, national debt, China, trade wars, and more.
Posted by Angelo Agathangelou at 3:43 am No comments: Links to this post 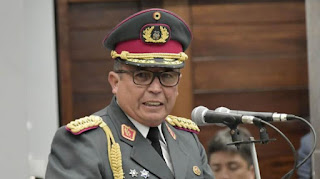 By Eric Striker: A military ultimatum has succeeded in deposing nationalist Bolivian president Evo Morales in what is being widely labeled a coup.
Opposition parties - led by neo-liberal Carlos Mesa and a Korean Evangelical Pastor Chi Hyun Chung - protested against the election results late October when Evo Morales soundly surpassed both in the first round of voting, with 48% in his column.
General Williams Kaliman sided with the opposition and strongly "urged" Morales to resign. Kaliman's surname suggests that he may be part of Bolivia's small but prominent Russian and Turkish Jewish community, which migrated to the country in the early 20th century.
Morales, a strong critic of world Jewry who governed as an economic nationalist, has been targeted for years by conspiracies emanating from Washington.