Macron Unleashes Massacre On His Own People; Paris Is A War Zone Now

By Roy Batty: We are all Palestinians now. Every one of us is living under an occupation government! People are getting shot by the police in Paris left and right!

Not even the press is safe!
Macron is just killing everybody. 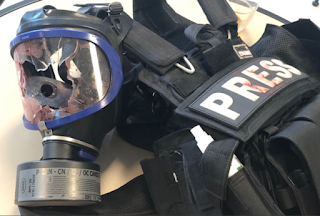 RT: A French journalist recalled the terrifying moment when an explosive tears-gas grenade hit him at the Yellow Vest protest, telling RT that there was no justification for police employing combat tools.
The weekend marked one year since the Yellow Vest protests picked up in France, with independent journalist Julien being among the many reporters, covering the anniversary rallies in Paris.

'The Zionists invented the notion of an ‘historical right’ to other people’s land.' 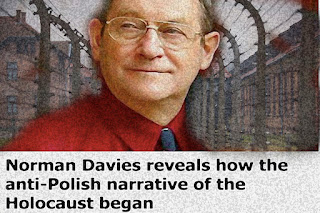 Introduction by ex-Jew Gilad Atzmon: In my book  The Wandering Who, I delved into the fascinating and well accepted notion that historical thinking is foreign to Judaic thought. It is a recognised  historical fact that Jews didn’t produce any historical texts for almost 2 millennia or more precisely, in between Flavius Josephus (37 CE - circa 100 CE) and Heinrich Graetz (1817[1] –1891). Within the context of Judaic Rabbinical discourse, the religious text effectively replaces historical and temporal thinking. The present and the future are realised and interpreted in the light of the Biblical canonical narratives.  Hitler, Stalin and Corbyn for instance, are reduced into ‘Amalek figures.’ Those western leaders who serve Jewish interests fit nicely with the Judaic notion of the “Sabbos Goy.” From a Judaic perspective, Jewish suffering is regarded as inherent in Jewish destiny and experience, it is implied by the Biblical narrative and it is, to a certain extent, accepted.
Read more »
Posted by Angelo Agathangelou at 8:11 pm No comments: Links to this post 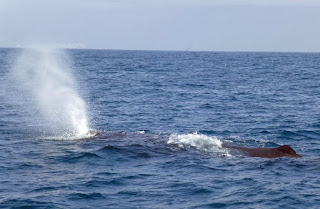 That’s known as a wet one. That can happen even to a Roman Emperor. Despite being associated with explosive sounds and noxious smells, farting is a natural bodily function and normally not lethal. A fart is no more likely to produce death than to exorcise a demon from its issuer.[2]
Emperor Claudius himself recognized the merits of farting. He considered the matter with sensible concern for his subjects:

The Truth About Suicide

The Anglosphere's ignored epidemic.
No one cares about disposable men and boys.
Posted by Angelo Agathangelou at 6:08 am No comments: Links to this post

The Most Important Topic On Earth ~ Lest We Forget

"A topic on which ignorance too often abounds and the truth is too rarely perceived, yet it is the most important topic on earth: world peace."


By President John F. Kennedy: "What kind of peace do we seek? Not a Pax Americana enforced on the world by American weapons of war. Not the peace of the grave or the security of the slave. I am talking about genuine peace, the kind of peace that makes life on earth worth living, the kind that enables men and nations to grow and to hope and to build a better life for their children, not merely peace for Americans but peace for all men and women, not merely peace in our time but peace for all time." John F. Kennedy

A Global Guide To US-Regime-Backed Uprisings

But which ones are authentic grassroots movements, and which ones have been hijacked by outside powers or are being co-opted by the United States Department of Regime Change?
Never has the world seen so many simultaneous outbreaks of mass protests against various governments and regimes.
Currently there is public unrest simmering in Chile, Bolivia, Colombia, Hong Kong, France, Lebanon, Iraq and Iran.


Read more »
Posted by Angelo Agathangelou at 12:52 am No comments: Links to this post