The Lies About Assange Must Stop Now

United Nations Report: This amounts to torture and could lead to Assange’s death. 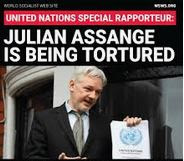 By John Pilger: Newspapers and other media in the United States, Britain and Australia have recently declared a passion for freedom of speech, especially their right to publish freely. They are worried by the "Assange effect".


It is as if the struggle of truth-tellers like Julian Assange and Chelsea Manning is now a warning to them: that the thugs who dragged Assange out of the Ecuadorean embassy in April may one day come for them.


A common refrain was echoed by the Guardian last week. The extradition of Assange, said the paper, "is not a question of how wise Mr. Assange is, still less how likable. It's not about his character, nor his judgement. It's a matter of press freedom and the public's right to know."


What the Guardian is trying to do is separate Assange from his landmark achievements, which have both profited the Guardian and exposed its own vulnerability, along with its propensity to suck up to rapacious power and smear those who reveal its double standards.
Read more »
Posted by Angelo Agathangelou at 10:50 pm No comments: Links to this post

The latest UN report states that [Jewish]
Israel’s “civilian settlements” in occupied territory are a breach of the Fourth Geneva Convention and a “war crime” under the Rome Statute. “The world should take the necessary steps to collectively construct a list of effective countermeasures…” 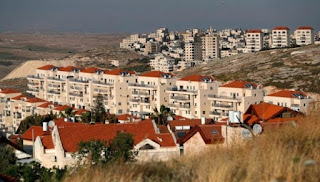 Photo from May 14, 2019 of the Israeli settlement of Neve Yaakov in the northern area of east Jerusalem and the Palestinian district of Hizma (background) in the West Bank. (Photo by AHMAD GHARABLI)
By Robert Fisk: He’s a very tall man with bright eyes and a broad smile, and he holds out a great paw when he greets you. But Michael Lynk is no gentle giant.
He may teach human rights law at the Western University in London, Ontario, but as the UN’s special rapporteur on human rights in the occupied West Bank and Gaza, he has to endure the fury of Israel and its acolytes abroad – not least in his native Canada – and, two years ago, even the enmity of his own country’s foreign minister.
Read more »
Posted by Angelo Agathangelou at 2:50 pm No comments: Links to this post 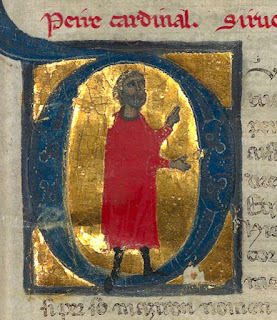 By Author Douglas Galbi: War historically has been structured as violence against men. Even today, sex discrimination remains entrenched in Selective Service registration for being drafted into war. Violence within the home (domestic violence) is more gender-symmetric. But since intimates are intimately vulnerable to each other, domestic violence can be more horrifying than war. The thirteenth-century troubadour Peire Cardenal perceptively wrote:

War’s too close if you’ve got it on your land,
but it’s even closer if you’ve got it in your bed.
When a husband displeases his wife,
that’s worse than war between neighbors.
{ Prop a guerra qui l’a en mieg son sòl,
Mas plus prop l’a qui l’a a son coissi.
Can lo maritz a la moiller fai dòl,
So es guerra peior que de vezi } [1]

Read more »
Posted by Angelo Agathangelou at 11:39 am No comments: Links to this post

'A terrifying dystopia is being created in which boys and men will have hell to look forward to. ...The dangers of the new laws and future laws which are being conjured up to deprive all men of their few remaining rights and how this might severely affect men and even men going their own way.' 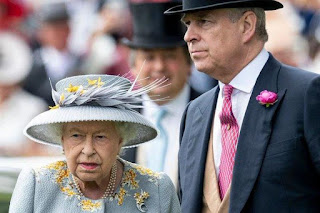 Didn't they learn their lesson with Jimmy Savile?
By Tyler Durden: After being ordered out of Buckingham Palace and formally relinquishing his official duties following a catastrophic interview with the BBC, Prince Andrew's 60th birthday party has been canceled by his mother, the Queen.
According to the Sunday Times, Andrew will instead be treated to a small family gathering for his February 19 birthday.
During the ill-advised interview, the 59-year-old prince who stands accused of pedophilia by Virginia Roberts Giuffre, gave non-credible excuses for his relationship with Jeffrey Epstein, who died in a prison cell awaiting trial on charges of running an underage sex-trafficking ring.
Giuffre's claims that she was forced to have sex with Prince Andrew at least three times, and remembers him "sweating all over me."
Andrew, in response, claims that he cannot sweat as the result of a war injury.
"I have a peculiar medical condition," Andrew told the BBC's Emily Maitlis.

Max and Stacy discuss the Fed censoring information related to which bank or banks have been receiving bailouts via repo markets. For at least two more years we are told, the Fed will keep the information confidential for the ordinary citizen, while banks will, of course, have insider knowledge. In the second half, Max talks to Ellen Brown, author of ‘Web of Debt,’ about the ongoing Fed intervention in the repo markets and what this is telling us. Ellen also discusses Universal Basic Income and why she believes it is a good policy for the Fed to implement for everyone, not just bankers.