"The Police in South Yorkshire basically want people to report incidents that aren't crimes!"
Read more »
Posted by Angelo Agathangelou at 11:28 pm No comments: Links to this post

After excellent speech equating plight of Gaza with 'siege of Leningrad and Stalingrad' in 2010, Jeremy Corbyn now cows to the Jewish Israel terror regime in the face of Jewish Lobby's apparent complete control of UK politics in aid of land theft apartheid
By ICH & Agencies: Britain’s Chief Rabbi Ephraim Mirvis took an unprecedented stand against the Labour party ahead of next month’s election, urging voters to see the “new poison” that has taken root in the party, and expressing fear for the fate of Jews in the country should Jeremy Corbyn become prime minister.

Read more »
Posted by Angelo Agathangelou at 8:37 pm No comments: Links to this post

'The UK chief rabbi’s call for Brits to turn their backs on their opposition party is not exactly a conspiratorial clandestine move, it is actually mainstream news in Britain this morning. There are no Jewish conspiracies, what happens takes place in front of our eyes but we cannot discuss it because Jewish power, as I define it, is the power to suppress criticism of Jewish power.' By ex-Jew Gilad Atzmon: Two days ago at the ADL conference Jewish Zionist comedian Sacha Baron Cohen criticised the internet and social media companies for allowing freedom of speech. This grotesque character who has made a career of marginalising oppressed minorities by depicting stereotypical characters and then ridiculing them is now calling on social media to adopt gag orders and to move us further into an Orwellian realm.

Read more »
Posted by Angelo Agathangelou at 4:27 pm No comments: Links to this post

Russian Male Cosmonaut in trouble for mouthing truism:
“Blast-off can’t be timed around a period.”
RT: A Russian cosmonaut has stepped on the thin ice of gender politics, suggesting that space exploration is too manly a business and can’t depend on women’s menstrual cycles, or on their mundane way of thinking.
Sergey Ryazansky, who has endured more than 304 days in space on board a tiny, crammed International Space Station (ISS) module, landed himself in hot water in a comfort of a studio, during a talk show hosted by Sophie Shevardnadze. 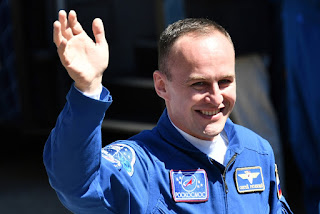 Their sit-down, quite deferential at first, became increasingly tense when Shevardnadze, who is also an RT anchor, wondered about the overwhelming 50-4 ratio between American and Soviet/Russian female spacefarers.
“What sexism!” she added. That’s when Ryazansky put his foot into it. The cosmonaut recalled a recent conversation with a NASA colleague in charge of hiring future astronauts who told him: “I have a quota for boys and girls, whites and blacks, I have a quota for [people] of other colors. But, Sergey, why don’t I have a quota for smart astronauts?”

Gilad Atzmon: Exploring the political options and global consequences.
Posted by Angelo Agathangelou at 8:04 am No comments: Links to this post