Our most prized rights, such as free speech, are being eroded and subverted to "protect" the Jewish Israel genocidal land theft terror regime and the Jews have usurped the word Semitic which originally meant Arabic, to now mean white European Jewish in order to deflect criticism from their neo-colonialist terrorism
Well over 99% of UK Jews surveyed support Jewish Israel apartheid regime says UK Jewish Chronicle newspaper 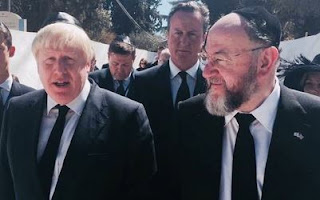 By Jonathan Cook: Chief rabbi Ephraim Mirvis has not only misrepresented the known facts about Labour and its supposed antisemitism crisis. He has not only interfered in an overtly, politically partisan manner in the December 12 election campaign by suggesting that Jeremy Corbyn – against all evidence – is an antisemite.
Read more »
Posted by Angelo Agathangelou at 10:59 pm No comments: Links to this post

'Trading with 'settlements' – all of which breach the Fourth Geneva Convention – is tantamount to conferring recognition on them. ...The acquisition of land by force and the transfer of Israel’s civilian population to territories under military occupation – which, by definition, is a war crime.' By Tom Moerenhout: I am part of a group of seven people who are suing the European Union’s executive over its trade with settlements in territories under military occupation.
It may seem strange that we are taking this action around the same time that the EU’s top court ruled that all products from Israel’s settlements in the occupied Palestinian West Bank and Syrian Golan Heights must be labeled accurately.

Woman Needs Her "Whole Booty" Amputated After "Enhancing" It With Injections

"After leaving my injections were beginning to leak out of my butt." ..."Because the masses are so superficially located, you absolutely can’t remove all of them. Unless you amputate … the whole booty.” 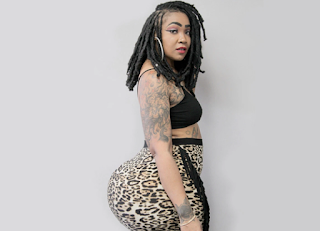 By Tyler Durden: Model Courtney Barnes may have a little less room this Thanksgiving to stuff her turkey, cranberry sauce, mashed potatoes and dessert.
That's because she has been told by doctors she may need to have her entire ass amputated, after "enhancing" it with illegal injections, according to the NY Post.
Barnes, who is known as Miss Miami, said on the E! show "Botched" that she is desperate to get her body back after the injections. But Doctors told her that in order to fix her ass, it may have to be amputated.
“Amputate the whole booty? I’m not doing that. No, I’m not doing that. I’m not amputating butts,” she responded.
She had the illegal fillers injected when she was 22 years old and working as a dancer in a club.

Read more »
Posted by Angelo Agathangelou at 12:41 am No comments: Links to this post