'Speaking to Anil, the Indian crew is already in preparations for ICMI’21 in New Delhi.' 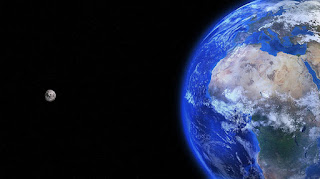 By Paul Elam: Recent events surrounding the next ICMI have been testing at times, and more than a little stressful. I am happy to report, however, that out of the fray has come some new thinking and a new model for conferences in the future.
With an awful lot of help we started ICMI in 2014. Since then it has blossomed into iconic status in the men’s movement, calling on men and women from across the planet to unite under the same roof once a year to celebrate men and boys and call attention to the issues they face.
And as anyone who has ever hosted an ICMI can tell you, they are challenging events to pull off, putting a lot of weight on the backs of conference organizers. They are also necessary to a robust and active men’s movement.
With that in mind, we have decided to carve out a new, better future for the event worldwide.
Future conferences in Europe and North America will now be under the direction of Mike Buchanan of Justice for Men and Boys (and the women who love them).

Read more »
Posted by Angelo Agathangelou at 10:39 pm No comments: Links to this post

“They’re going to Gaza. It’s an airstrike,” our guide explained as we watched five Jewish regime warplanes fly overhead towards their "Apartheid Wall". 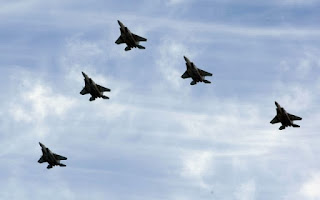 By Kathryn Shihadah: Tuesday morning, November 12th, a group of mostly American advocates for Palestine gathered to talk about life in Israel and the occupied Palestinian territories.


We had been in Israel/Palestine for several days, observing the monotony of the occupation: the constant presence of military personnel with automatic weapons, unwelcome blue-and-white Israeli flags in Palestinian land, barbed wire everywhere.


But overnight, there had been an “escalation”: a Palestinian military leader in Gaza, Bahaa Abu al-Ata, had been assassinated. We knew that assassination (aka “trial by murder”) denies the accused the fundamental right to due process, and is incompatible with democracy – not to mention human decency.
Read more »
Posted by Angelo Agathangelou at 3:39 pm No comments: Links to this post

Max and Stacy discuss Irving Fisher’s correct but early call in 1929 when he said that stock prices had hit a permanently high plateau. He just needed to wait some few decades for an all fiat regime controlled by a banker-coddling central bank. They also discuss the $4 trillion from the NY Fed propping up the stock market -- an allegedly ‘unintended consequence’ of bailing out repo markets. In the second half, Max interviews Ross Ashcroft of Renegade Inc. about the cantillon effect, taxing land values, turmoil in repo markets, and a global debt jubilee.
Posted by Angelo Agathangelou at 12:43 pm No comments: Links to this post

The Women Are Wonderful Effect

"So Powerful now is the belief in female goodness that a woman running for high office in the United States can allege with a straight face that women are better equipped than men to wield power simply because they don't have a penis."
Explains Janice Fiamengo.

Our NHS is not for sale, @realDonaldTrump pic.twitter.com/q9z4r6Ni6g
— PoliticsJOE (@PoliticsJOE_UK) December 3, 2019

Posted by Angelo Agathangelou at 4:56 am No comments: Links to this post