Corbyn, Uriel Da Costa And The Meaning Of ‘Real Apology’ 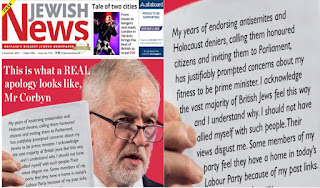 By Gilad Atzmon: Once every day, a Labour official offers a grovelling apology to the Jewish community, but for some peculiar reason its leaders seem unforgiving.  They don’t take Corbyn‘s expressions of remorse seriously. Today’s attempt to appease his party’s detractors was made by Shadow Chancellor John McDonnell on Andrew Marr’s show, it was: “we’ve done everything, I think, we can possibly do. We’ve apologised to the Jewish community.”

So far, nothing seems to have worked. If the Labour party is to be forgiven by the ‘Jewish community,’ it must perform an authentic act of total humiliation and the sooner it occurs, the better, as electionday is just a few days away.
Therefore,  I suggest that Corbyn, his shadow chancellor and any other person who contemplates becoming involved in British politics learn some basic Jewish history and in particular. the horrendous and tragic story  of Jewish philosopher Uriel Da Costa.

Presstitute Media Collapsing Under The Weight Of Its Lies 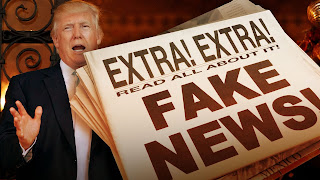 By Tyler Durden: It has been over two months since House Speaker Nancy Pelosi announced the impeachment inquiry of President Trump, and CNN has been running non-stop coverage of all the latest impeachment developments. In retrospect, that may not have been the best idea: with round the clock coverage, viewership of the rabidly partisan, far-left media outlet has actually tumbled to three-year lows, reported Nielsen Media Research.
Nielsen reported that CNN recorded its lowest prime time ratings in nearly three years during the week of November 25. Even more embarrassing for Jerry Zucker, Fox News recorded higher ratings than MSNBC and CNN combined.
Fox News recorded 2.2 million viewers in the primetime hours of 9-11 p.m. ET from Nov. 25 through Dec. 1; MSNBC saw around 1.3 million, while CNN averaged about 643,000 viewers over the same period. It was CNN’s worst performance in nearly three years and the liberal network’s worst turnout among the key demographic of adults age 25-54 in over five years.

Read more »
Posted by Angelo Agathangelou at 7:41 pm No comments:

Jew Fatigue: US Police Forced To Do 'Holocaust Training' Trips To Neo-Colonialist Israel, Funded By US Taxes! 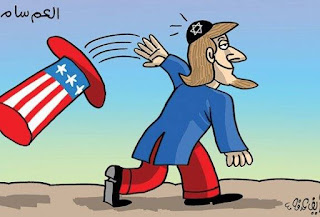 By Philip Giraldi: Jewish groups in the United States are adept at creating mechanisms that benefit themselves and also frequently the Jewish Israel regime at the expense of the American taxpayer. The proliferating holocaust museums are a good example, sometimes built by private donations but then paid for and operated by the local government. The national holocaust museum in Washington is, for example, supported by the taxpayer to the tune of $54 million per year. When one considers that the so-called holocaust occurred nearly eighty years ago and did not involve the United States at all, it is a remarkable achievement to so memorialize the claimed uniqueness of Jewish suffering, which then is used to justify other abuses and excuse Israel’s ongoing war crimes.
For those who deny that claims of the uniqueness of Jewish suffering are exploited and even promoted in order to be able to influence public opinion while also obtaining special favors from government, one might cite specific instances where that has most definitely been the case.

Read more »
Posted by Angelo Agathangelou at 2:04 pm No comments:

How Communist Are You?

Akkad:
Answer the question, comrade!
Quiz: https://www.gotoquiz.com/how_communis...
Posted by Angelo Agathangelou at 10:54 am No comments:

As Swedish and German Women Are Not Protected by Their Men and Their Governments from Rape by Immigrant-invaders, They Should Leave Their Countries for Russia Where They Will Be Protected 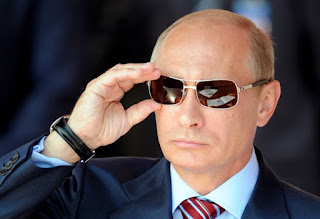 By Rudy Panko: We can't speak for Europe, but in Russia, molesting women in public places is not advisable.
A group of approximately 50 "refugees" who were deported from Norway for bad behavior decided to partake in a bit of groping at a Murmansk nightclub.
Being Russia, the results were predictable:


The refugees allegedly groped and harassed women in a similar manner as the assaults in Cologne on New Year’s Eve. A group of male Russians took them aside to “educate” them that “Cologne is 2,500 kilometers south of here.”

Read more »
Posted by Angelo Agathangelou at 7:15 am No comments:

How Fascist Are You?

Akkad: You may have been called a "fascist" by a leftist in your time, so take this test and let me know how you fare: https://www.idrlabs.com/fascism/test.php
Posted by Angelo Agathangelou at 12:05 am No comments: