How Fem Social Justice Killed ‘Star Wars,’ And Why It Matters

"They're going to look at this age as the age of excruciating feminist movies."
Joshua Philipp speaks with Bill Whittle, a political commentator and YouTube host, about the upcoming Star Wars film, “Star Wars: The Rise of Skywalker” It may be the final nail in the coffin of a once-great series that took a hard turn into politics.

Read more »
Posted by Angelo Agathangelou at 9:12 pm No comments:

'I wish to show you the dick that hangs from me,
and to sit my balls above your ass;
and I say that only for the sake of banging you often,
because I have focused all my thoughts on fucking,
such that the dick sings, when it sees the cunt laugh.
And for fear that the jealous one will return,
I put my dick in and retain my balls.' 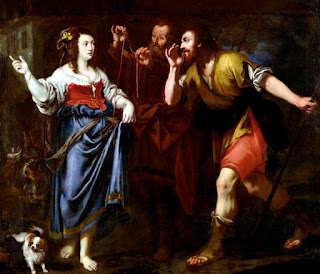 Yet we don’t feel remorse, we laugh in ease —
not for the sin we have no memory of,
but for that power that orders and forsees.
We gaze on the adorning art of love,
the good that makes creation beautiful,
that turns the world below by the world above.
But that you’ll leaved fulfilled in every will
risen in you to know about this sphere,
I must go on a little longer still.

Read more »
Posted by Angelo Agathangelou at 3:38 pm No comments:

'30 per cent of UK youngsters complain about being “stuck in a rut,” while 84 per cent say they are failing to “live their best life.”' 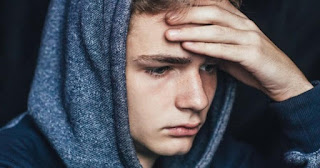 Authored by Paul Joseph Watson: A new global survey by the OECD of 15-year-olds across the world found that young people in the UK are ranked second to last in the “meaning of life” index.
The survey also found that teens in the UK, out of 79 different countries, are least likely to agree with the phrase “my life has clear meaning or purpose.”
Given that the UK is a technologically developed country with a strong economy, good levels of literacy and education and a supposedly distinct culture, why do so many teenagers have such low life satisfaction?
It’s extremely noteworthy that the countries where teens report feeling a strong sense of purpose in their lives are economically poor but strong when it comes to religion – namely Albania and Panama.
According to Freddie Sayers, the Executive Editor of UnHerd, the fact that the results suggest religion makes people content means the whole subject is a “less appetising subject for liberal-minded debate.”

Read more »
Posted by Angelo Agathangelou at 11:43 am No comments: 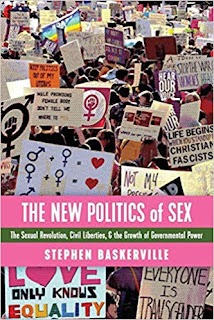 The Criminalization of Masculinity
By Stephen Baskerville: For half a century, conservatives have been putting their readers to sleep with denunciations of the sexual revolution as a kind of anarchic free-for-all where men’s sexual impulses are gratified at the expense of women’s long-term well-being. But, as I have explained at length elsewhere, the current hook-up scene is no chaos of random coupling; it is a Darwinian competition between women for the attentions of a relatively small number of men. This mating system’s predictable output—possibly its intended output—is a large number of disappointed young women ripe for a message of resentment and revenge upon the opposite sex.


Power abhors a vacuum, and breakdowns of order prove no more than brief transitional phases leading to controls more oppressive than the restraints initially cast off. The sexual revolution did not usher in prolonged anarchy; it replaced a voluntary system of self-control according to principles equally applicable to all with the bureaucratically enforced “empowerment” of one sex at the expense of the other.
Read more »
Posted by Angelo Agathangelou at 5:18 am No comments:

Read more »
Posted by Angelo Agathangelou at 2:36 am No comments: