Akkad: The Remain argument is over, washed away in a million tears of unfathomable middle-class sadness.
Posted by Angelo Agathangelou at 9:49 pm No comments:

By Mike Buchanan: This year, as in the previous two years, events were held in London in commemoration of International Men’s Day, on the last Sunday before the day – 17 November, in this case. The day started with a March 4 Men, ably led by Mangesh Bhalerao of SIFF (Save the Indian Family Foundation) and filmed by Ewan Jones – here (video, 11:35). As before, the lengthy march was from the Royal Courts of Justice to Parliament Square.

Read more »
Posted by Angelo Agathangelou at 5:57 pm No comments:

How Poor People Survive In The USA - Documentary

DW Documentary: Many people in the United States fall through the social safety net. In the structurally weak mining region of the Appalachians, it has become almost normal for people to go shopping with food stamps. And those who lose their home often have no choice but to live in a car. There are so many homeless people in Los Angeles that relief organizations have started to build small wooden huts to provide them with a roof over their heads.

Read more »
Posted by Angelo Agathangelou at 2:21 pm No comments:

Judeophilia, Is A Troublesome Symptom Of A Dangerous Malady

'In a Christian, or post-Christian society, Jews are a symbol, a signifier of a certain attitude and behaviour that is profoundly non-Christian.' 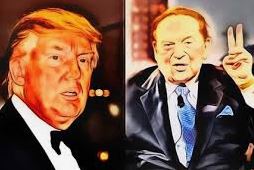 By Israel Shamir: England and France, two antagonists, two mainstays of European civilisation, are simultaneously engulfed in paroxysm of Judeophilia. The result of the forthcoming very important parliamentary elections in Britain hinges on this issue, with Labour and Tories competing who will express their love of Jews more profusely, while the Jews can’t decide whom they loath less. France, after a year of the middle-class Yellow Vests rebellion, enters the fresh working class uprising with million strikers rioting on the streets, but its parliament finds prime time to ponder and rule how Frenchmen should love Jews and hate those who hate them. What is the meaning of this charade?
Read more »
Posted by Angelo Agathangelou at 10:54 am No comments:

UK: Why Remain Lost So Badly

Akkad:
"You get what you deserve."
- betrayed Labour voters everywhere.
"Never bet against Britain!"
Posted by Angelo Agathangelou at 6:35 am No comments:

Why Are Women Unhappy?

"Women's happiness has been declining in tandem with the women's movement. ...Women have been treated like spoiled children and that's bound to create misery."
StudioBrule
Posted by Angelo Agathangelou at 3:33 am No comments:

Analyses by Professors Richard Falk and Virginia Tilley confirm that Jewish Israel is perpetrating ‘apartheid,’ a system of racism and discrimination that under international law constitutes a ‘crime against humanity.’ The authors conclude that Jewish Israel’s practice of racial-ethnic domination is the fundamental obstacle to peace.
They state that rather than focus on the Jewish Israeli occupation of the West Bank and Gaza Mega Concentration Camps for indigenous Gentiles and an illusory “two-state solution,” those seeking a longterm solution must focus on ending Jewish Israel’s apartheid system.

Read more »
Posted by Angelo Agathangelou at 12:40 am No comments: