From light entertainment like 'Ali G' to light Propaganda like 'Borat' to next level Propaganda 'The Dictator' to full Judaic Zionist bubble retard, Demanding Censorship to protect The Jews from the Facts & run cover for Jewish Apartheid v indigenous Gentiles, Mega Concentration Camps for Gentiles behind 'The Apartheid Wall' and Jewish neo-colonialism aka the Jewish land theft project Israel

Posted by Angelo Agathangelou at 8:39 pm No comments: Links to this post

Paul Joseph Watson:
Should we care?
Posted by Angelo Agathangelou at 7:33 pm No comments: Links to this post 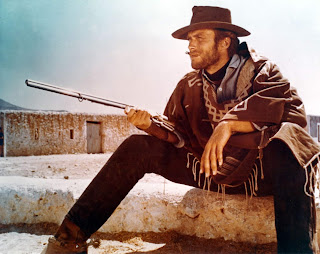 Twenty years before Carter Page there was Richard Jewell.
Jewell’s all-too-true story serves as a cautionary tale about the FBI’s casual abuse of power, and also as a not so esoteric commentary on the “Crossfire Hurricane” debacle.
Paul Walter Hauser plays Jewell, the security guard originally lauded as a hero for discovering pipe bombs that killed two and injured over 100 others in Atlanta’s Centennial Park during the 1996 Olympics.

“The government scares me more than terrorists.”
Read more »
Posted by Angelo Agathangelou at 9:32 am No comments: Links to this post

"Was this girl raped? ...From CNN, 'For 1 in 16 women, their first experience with sexual intercourse was rape, study says.' Looking into the study we can see the dubious manner in which 'researchers' arrived at such alarming news." Said Professor Fiamengo.
Posted by Angelo Agathangelou at 5:21 am No comments: Links to this post

Trump's Executive Order Implies That "Jewishness" Is Now A Nationality

Jewish Israel is an apartheid state. Covering up for its crimes against humanity as well as its war crimes is something of a growth industry in the United States. 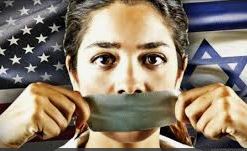 By Philip Giraldi: The pandering by Donald Trump and those around him to Israel and to some conservative American Jews is apparently endless. Last Wednesday the president signed an executive order that is intended to address alleged anti-Semitism on college campuses by cutting off funds to those universities that do not prevent criticism of Israel. To provide a legal basis to defund, the administration is relying on title VI of the Civil Rights Act of 1964, which prohibits any discrimination based on race, color or national origin. Since the Act does not include religion, Trump’s order is declaring ipso facto that henceforth “Jewishness” is a nationality.
The executive order does not mention Israel by name, but it does state that its assumptions are based on “the non-legally binding working definition of anti-Semitism adopted on May 26, 2016, by the International Holocaust Remembrance Alliance (IHRA),

Read more »
Posted by Angelo Agathangelou at 1:23 am No comments: Links to this post