Regarding Men
Posted by Angelo Agathangelou at 8:58 pm No comments: Links to this post

The Four Witnesses - The Sketchy Story Of Jesus, Parts 1-4

Venaloid: If the Gospels were written by eyewitnesses, what would this actually tell us about Jesus and his miracles? My goal is not to argue that the superantural claims about Jesus are impossible, or that the historical Jesus did not exist; I simply aim to show that the evidence for Jesus's miracles is no more convincing than the evidence for other miracle claims which Christians reflexively dismiss, and that eyewitness testimony of the sort Christians claim to have, is simply not good enough.

Read more »
Posted by Angelo Agathangelou at 1:50 pm No comments: Links to this post

In Jewish Israel's Attempt To Deflect ICC Prosecutor, It Admitted To The Occupation 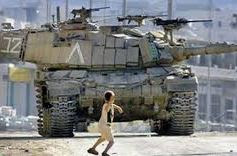 By Noa Landau: In a contemporary take on the historic declaration "Um-Shmum" – a Hebrew expression of disdain for the United Nations attributed to the Jewish terrorist David Ben-Gurion – Jewish Israel has been cooking up a follow-up that could be dubbed "Hague-Shmague." Hague-Shmague posits that the institution of international law are no more than a redundant nuisance, biased and even anti-Semitic, and should have no clout over the lives of Israelis. - This derogatory thesis has been adopted by the Jewish Israel regime since its inception, even though it was international institutions that led to its founding. Such was the sentiment when Ben-Gurion suggested that Jewish Israel conquer the Gaza Strip and turn it into a Mega Concentration Camp and coined his dismissive idiom, and such is the sentiment today when Jews hear that the prosecutor at the International Criminal Court at The Hague believes "there is reasonable basis" to open an investigation into war crimes in the Gaza Strip, West Bank and East Jerusalem.

Read more »
Posted by Angelo Agathangelou at 1:26 pm No comments: Links to this post

Why should anyone who publishes the truth about the deep state be condemned or punished? 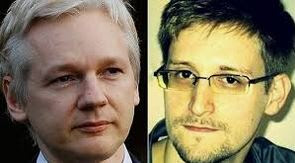 By Jacob G. Hornberger: The Washington Post has just released a trove of previously secret records documenting that the U.S. war in Afghanistan has been based on a multitude of lies and deception. It is beyond dispute that the Pentagon and other elements of America’s deep state were determined to keep those records secret from the American people.That’s because it took three years and two federal lawsuits to force deep-state officials to finally release the records.
No one is accusing the Post of publishing lies. It is undisputed that what the Post has published is the truth.
Why then did the deep state oppose release of the records? Why was the deep state so insistent that they be kept secret?
The answer is: Because the deep state knew that the records recounted the truth, and the last thing the deep state wanted was for the American people to know the truth about its war in Afghanistan — that “Operation Enduring Freedom” was built on lies, just like the Vietnam War was.
Read more »
Posted by Angelo Agathangelou at 9:06 am No comments: Links to this post

Situation in Palestine: Statement of the ICC Prosecutor,
Fatou Bensouda
IntlCriminalCourt
Posted by Angelo Agathangelou at 6:38 am No comments: Links to this post

Spot The Manipulators In Your Own Life: Notes From The Edge Of The Narrative Matrix 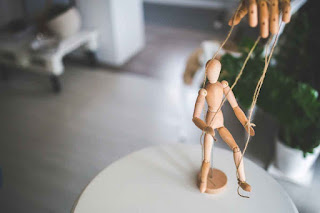 By Caitlin Johnstone: The real underlying currency of our world is not gold, nor bureaucratic fiat, nor even military might. The real underlying currency of our world is narrative, and the ability to control it. Everything always comes down to this one real currency. If you look at what all these think tanks, NGOs, media outlets and grant making networks that billionaires pour their money into actually do, it ultimately boils down to controlling the dominant stories that people tell about what’s going on in their world.
If you want to understand how narrative management works in the world, pay attention to how it plays out in your own life. What are some popular narratives within your family, perhaps about one of your family members, that don’t reflect reality? What subjects are off limits in your immediate or extended family, and why? Who do you know that repeatedly spins narratives about the kind of person they are, or the kind of person you are?

2019 - The Year Of Manufactured Hysteria

We are, all of us, living in a fiction. A fiction authored by those in power to serve the interests of those in power...
Authored (satirically) by CJ Hopkins: Well, it looks like we’ve somehow managed to survive another year of diabolical Putin-Nazi attacks on democracy.

It was touch-and-go there for a while, especially coming down the home stretch, what with Jeremy Corbyn’s desperate attempt to overthrow the UK government, construct a British version of Auschwitz, and start rounding up and mass-murdering the Jews.
That was certainly pretty scary... but then, the whole year was pretty scary.
The horror began promptly in early January, when Rachel Maddow revealed that Putin was projecting words out of Trump’s mouth in real-time, i.e., literally using Trump’s head like a puppet, or one of those Mission Impossible masks. And that was just the tip of the iceberg,

Read more »
Posted by Angelo Agathangelou at 12:50 am No comments: Links to this post