Great Cover Up Of The Biggest Scandal In American History

The Z Man: Joe diGenova has been talking about the seditious plot to overturn the 2016 election for at least a year, maybe longer. Unlike a lot of the people commenting on this in the mass media, he is not using it to sell books or boost his cable career. He also knows how the FBI and DOJ works from a practical matter. Being knowledgeable makes him a rare guy in the commentariat. Most of the people brought on as experts for the cable chat shows know very little about their alleged areas of expertise.
Regardless, he has been one of the most hawkish people on the Barr investigation, claiming that it is a real investigation with real criminal targets. In this recent radio interview he goes into the details of both the Barr investigation and the ongoing impeachment fiasco. 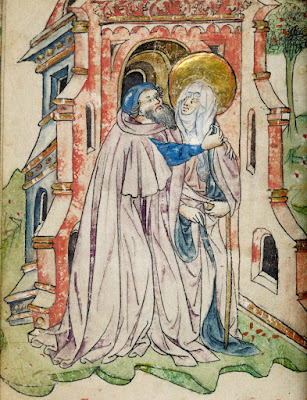 By Author Douglas Galbi: On the British Isles in the seventh century, a husband sought to divorce his wife. Whether this husband suffered abuse from his wife, as Matheolus did in twelfth-century France, isn’t known. What’s clear is that this husband didn’t find God in love with his wife. He thus looked elsewhere:


I want to turn to my God;
I do not want my wife.
Lord, I ask this of you;
I long to serve you alone.
Wife, depart from me!
{ Ad deum meum convertere volo:
uxorem meam ego nolo.
Domine, hoc tibi rogo:
tibi soli servire volo.
Recede a me, uxor! } [1]

The Child That Christmas Forgot: How Would Jesus Fare In The US Police State, Or In Gaza Mega Concentration Camp?

“Once upon a midnight clear, there was a child’s cry, a blazing star hung over a stable, and wise men came with birthday gifts. We haven’t forgotten that night down the centuries. We celebrate it with stars on Christmas trees, with the sound of bells, and with gifts… We forget nobody, adult or child. All the stockings are filled, all that is, except one. And we have even forgotten to hang it up. The stocking for the child born in a manger. It’s his birthday we’re celebrating. Don’t let us ever forget that. Let us ask ourselves what He would wish for most. And then, let each put in his share, loving kindness, warm hearts, and a stretched out hand of tolerance. All the shining gifts that make peace on earth.” - The Bishop’s Wife (1947) 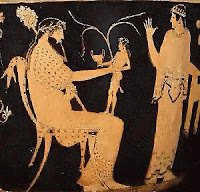 Authored by John Whitehead: The Christmas story of a baby born in a manger is a familiar one.

Image: Dionysus virgin birth 25th December.
Dies and is resurrected 3 days later.
The Roman Empire, a police state in its own right, had ordered that a census be conducted. Joseph and his pregnant wife Mary traveled to the little town of Bethlehem so that they could be counted. There being no room for the couple at any of the inns, they stayed in a stable (a barn), where Mary gave birth to a baby boy, Jesus. Warned that the government planned to kill the baby, Jesus’ family fled with him to Egypt until it was safe to return to their native land.
Yet what if Jesus had been born 2,000 years later?

Read more »
Posted by Angelo Agathangelou at 7:31 am No comments: Links to this post

Deep States' Mossad, The CIA, MI6 Implicated In Bugging Of Ecuador Embassy To Spy On The People's Hero Assange 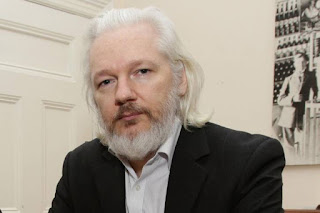 '...Spanish judiciary’s claims that it has obtained an overwhelming amount of documentary and other evidence that demonstrates that Assange is basically telling the truth.'
By Philip Giraldi: The Julian Assange drama drags on. Though he continues to sit in a top security British prison awaiting developments in his expected extradition to the United States, the Spanish High Court has been given permission to interview him. Assange is claiming that the Spanish company contracted with by the Ecuadorean government to do embassy security in London spied on him using both audio and video devices.
The recordings apparently included conversations with Assange’s lawyers outlining his defense strategies, which is an illegal activity under Spanish law. The prosecution has also indicted the company director, former military officer David Morales, on associated criminal charges of bribing a government official and money laundering. Morales has said that he is innocent.

Read more »
Posted by Angelo Agathangelou at 5:39 am No comments: Links to this post

BlazeTV
Posted by Angelo Agathangelou at 2:50 am No comments: Links to this post

One day an awakened United States
will emerge from the Jewish chrysalis.
By Mike Walsh: Pennsylvania Avenue will then perhaps be renamed Elizabeth Dilling Avenue. Today, slumbering in their Jewish shroud, few Americans have heard of a lady who should replace the Statue of Liberty.
Elizabeth Dilling (1894 –1966) was a publisher; she headed the Patriotic Research Bureau and was one of the leaders of the Mothers’ Crusade.
The fearless investigator authored several political books emphasizing the connection between Communism and the Jews. Elizabeth Dilling was one of thirty Americans charged with the insurgency in the Great Sedition Trial of 1944. 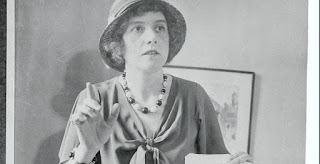 Raised in Chicago, she was of English and French descent and whilst in her twenties became an avid traveller. During the summer of 1931, she joined friends on a trip to the USSR. The Soviet Union between 1917 and 1922 had been seized by American-backed revolutionary mercenaries.

“reveals the satanic hatred of Christ and Christians responsible for their mass murder, torture and slave labour in all Iron Curtain countries, all of which are ruled by Talmudists’
Read more »
Posted by Angelo Agathangelou at 12:25 am No comments: Links to this post