Feminism's Only Standards Are Double Standards

Professor Janice Fiamengo
Posted by Angelo Agathangelou at 5:39 pm No comments: Links to this post 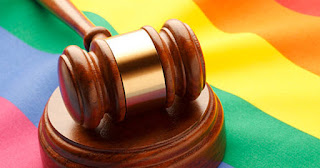 Sputnik: Despite Ofsted declaring the lessons to be "age-appropriate", some families have claimed that classes teaching LGBT education to their children are in contradiction to their religious outlook and are not appropriate for students of ages 4 to 11.


A UK judge ruled that protests from parents frustrated that their children are too young to be taught about LGBT politics have been permanently banned outside the school.
High Court judge Mr. Justice Mark Warby granted a request made by Birmingham City Council, who sought a court order to impose restrictions on demonstrations at the school and extend the exclusion zone around Anderton Park which forbids their right to protest. 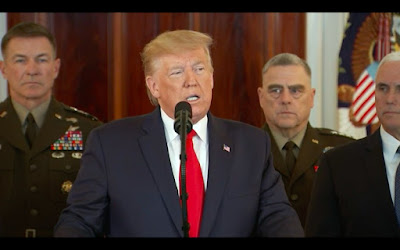 The United States and Iran entered into a direct military exchange for the first time ever with the drone assassination of General Qassem Soleimani last week and a retaliatory strike from Iran via surface-to-surface missiles upon two US military bases on Wednesday.
By Caitlin Johnstone: As usual it was the less powerful nation who exercised restraint, with Iran skillfully targeting the bases’ military capabilities but taking measures to successfully avoid any casualties. 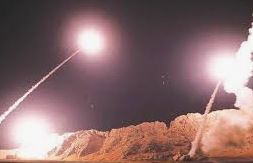 “Tens of surface-to-surface missiles” were fired and the attack was confirmed by the US officials.

By Press TV: Iran’s Islamic Revolution Guards Corps (IRGC) has targeted the US airbase of Ain al-Assad in Anbar province in western Iraq after vowing to retaliate the US assassination of top Iranian anti-terror commander, Lt. Gen. Qassem Soleimani.
“Tens of surface-to-surface missiles” were fired at the strategic airbase and the attack was later confirmed by the US officials.
The IRGC added that it would release more details about the strike.
Sirens were reportedly heard and American helicopters flew over the airbase and the total alert was activated.
US President Donald Trump was being briefed about the retaliatory strikes.
"We are aware of the reports of attacks on US facilities in Iraq. The President has been briefed and is monitoring the situation closely and consulting with his national security team," White House spokeswoman Stephanie Grisham said in a statement. 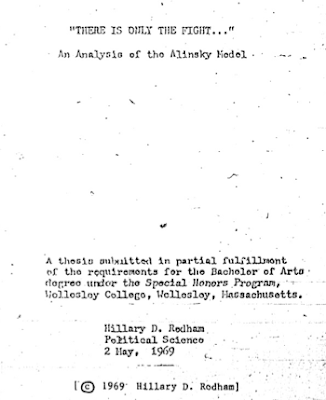 Hillary (Rodham) Clinton’s 1969 Bachelor’s Thesis title page. Note that this title page was added by Wellesley College in 1992/3 to emphasise Clinton’s copyright when the Clinton’s asked the college to prevent access to the thesis.
By MRA-UK: Many people have pointed out the relevance to the Culture Wars of Saul Alinsky’s Rules For Radicals. Here I elucidate some key differences between Alinsky’s Rules and the strategy being deployed in the culture war. Whilst Alinsky’s Rules are for those on the outside battering on the door of the establishment, the culture war has been driven from the inside. It requires different rules. The culture war is actually about the manipulation and control of the masses by the elites – rather the opposite of Alinsky.

Read more »
Posted by Angelo Agathangelou at 6:01 am No comments: Links to this post

Read more »
Posted by Angelo Agathangelou at 4:15 am Links to this post

Mythologies Of The Men’s Rights And Feminist Movements

“If your private myth, your dream, happens to coincide with that of the society, you are in good accord with your group. If it isn’t, you’ve got a long adventure in the dark forest ahead of you.” 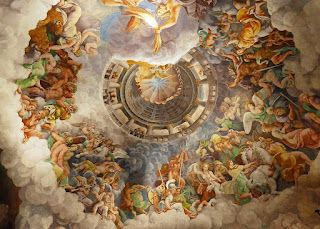 By Peter Wright: In this article I will look at men’s rights and feminism as competing mythologies, while paying special attention to the fact that the feminist version has triumphed in capturing global imagination. By ‘mythology’ I mean those guiding stories that provide meaning and direction to the lives of all who follow them, including the men’s rights story, and the feminist story. While myth may or may not be scientifically true, it is true in the sense that people actively believe in myths and act them out in their daily lives.
In his 4-volume work1 surveying the history of world mythologies, Joseph Campbell gives a snapshot of the evolving history of mythology from the earliest days of ‘Master Bear god’ painted on cave walls, until the present day.
Campbell demonstrates that, over and over, dominant mythologies get replaced or absorbed by newer mythologies, and such changeability appears to be the only constant in the long sweep of history.