MRA-UK: The following is a request from Mike of equi-law.uk. All I would add is that old fashioned hardcopy letters have more impact than emails. So, after emailing, print it & post it.
***
I am writing to ask you to write either to your MP or to the Prime Minister asking that the current ‘Minister for Women and Equalities’ be changed to simply ‘Minister for Equalities’ and that the remit both of the minister and of the current Government Equalities Office (GEO) be changed to include issues affecting men and boys.
There is a major Cabinet reshuffle planned for February and so action in the next 2 weeks could be effective.
Background.
At present it is not appropriate to ask for a Minister for Men (MfM) as, even if this were granted, it would fall under the current Minister for Women and Equalities (MfW&E)!
The office the MfW&E heads is the GEO.  You can see the current remit here. https://www.gov.uk/government/organisations/government-equalities-office/about  It states that: “The Government Equalities Office leads work on policy relating to women, sexual orientation and transgender equality.”
Under the MfW&E are a Minister for Women and also a Minister for Equalities.  The roles of these three are muddled.  Even if the PM simply wanted to tidy things up, our proposal looks a good one.

Read more »
Posted by Angelo Agathangelou at 1:18 pm No comments:

"Censorship by any other name smells the same. ...We need to rethink all this crap about the 'Chosen People'. We either die worshipping them, or we live kicking them out!" Ex-Jew Nathanael.
Posted by Angelo Agathangelou at 10:24 am No comments: 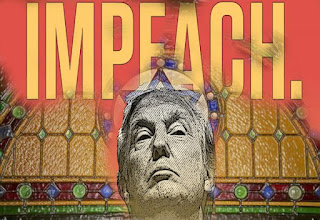 By ex-Jew Gilad Atzmon: A year ago I interviewed Yonatan Stern in a kosher pizzeria in Monticello, Catskills, New York. Yonatan is the man behind Cherev Gidon, an ‘Israeli Tactical Training Academy.’ Yonatan, an American who is also a former Israeli settler, correctly identified the demand for an Israeli-style military school to teach American Jews some of the IDF commando’s essentials for self-defense and the ability to fight back if necessary.
Yonatan was a perfect subject to interview: his views may be radical but they are based upon a sharp, coherent and consistent rationale. He was open in expressing his thoughts, which included some outrageous statements but which all left no doubt that he both meant what he said and said what he meant.

Read more »
Posted by Angelo Agathangelou at 7:05 am No comments:

The Real Cause Of World War II... 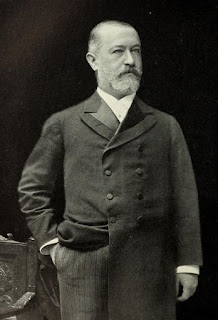 ...Was The Jewish Banker Captured Allies Deception Of Gentile Germany With The 1918 Armistice And The Subsequent Versailles Treaty At Rothschild's Mansion
Left: Jewish banker Schiff who funded the Jewish slaughter of over 100,000,000 [100 millions] Russian Christians.
By Dr. Paul Craig Roberts: John Wear and many other historians including David Irving have shown Churchill and Roosevelt’s guilt for World War II.  Suvorov has made a strong case that Stalin also was guilty.  https://www.paulcraigroberts.org/2020/01/13/rescuing-the-history-of-world-war-ii-wear-vs-suvorov/
The guilt of these three notwithstanding, it was the allied deception that coerced Germany into the Versailles Treaty that made WWII inevitable.  The British economist John Maynard Keynes clearly understood this as did Lenin who described the Versailles Treaty as a bomb waiting to explode Europe, an event of which Jewish Wall Street banker funded 95% Jewish run Soviet Russia intended to take advantage.
Germany did not lose WW I on the battlefield.  When the war ended, Germany occupied enemy territory.  The war ended when Germany, believing American President Woodrew Wilson’s promise of no territorial loss and no reparations, asked for an armistice.