Comedy Unleashed
Posted by Angelo Agathangelou at 11:19 pm No comments: Links to this post 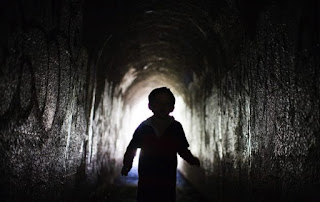 By MRA-UK:
Modern Slavery – Adults
You will recall the annual CPS VAWG reports. These are the reports in which Violence does not mean violence, Women does not mean women, Girls does not mean girls, and conviction for a rape-flagged charge does not mean convicted of rape. VAWG, you will recall, is a category of crime. The victims may be men or boys. The offence may not be violence. You may think that there is an intention to mislead here. I couldn’t possibly comment.
One of the categories of crime within the VAWG umbrella is Modern Slavery & Human Trafficking. You may think that this mostly involves women and girls being exploited as prostitutes. Well a lot of it does – but most does not. The 2018/19 CPS VAWG report includes data from the National Referral Mechanism (NRM) which records potential victims (you have to dig deep into the Appendices to find it). In 2018/19 men and boys outnumbered women and girls by 52% (3,874 cf 2,544).
In the Modern Slavery & Human Trafficking category, between 2017 and 2018 the number of women and girls sexually exploited increased by 7% to 1,725. But the number of men and boys exploited for their labour increased by 71%, to 3,525 – twice as many. Bear in mind these data are within a report titled “Violence Against Women and Girls”.

Rammstein - Du Riechst So Gut by Russian Style Folkestra.
Posted by Angelo Agathangelou at 4:31 pm No comments: Links to this post

GlobalFaction
Read more »
Posted by Angelo Agathangelou at 1:37 pm No comments: Links to this post

CNN Enabled Trump’s Lie About His Murder Of Soleimani 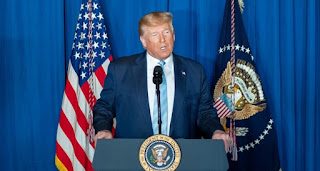 The Trump administration claimed Iranian general Qasem Soleimani was planning “imminent attacks” on US interests when it assassinated him. That lie was just destroyed, but not before countless corporate media outlets transmitted it to the public.
By Max Blumenthal: Desperate to justify the US drone assassination of Iranian Major General Qasem Soleimani, Secretary of State Mike Pompeo insisted that Washington had made an “intelligence-based assessment” that Soleimani was “actively planning in the region” to attack American interests before he was killed.
President Donald Trump justified his fateful decision to kill the Iranian general in even more explicit language, declaring that Soleimani was planning “imminent attacks” on US diplomatic facilities and personnel across the Middle East.

Read more »
Posted by Angelo Agathangelou at 10:09 am No comments: Links to this post

Cultural Marxism Is A Pervasive Threat To Our Culture 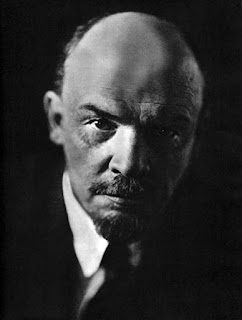 By David Solway: “The very concept of objective truth is fading out of the world,” wrote George Orwell in a 1943 essay, Looking Back on the Spanish War. “Lies will pass into history.” A truer thing was never said about the current omnipresence of the Lie.
Of course, everybody lies. That the vast majority of politicians lie, almost as a matter of principle, is common knowledge. But I had not grasped until relatively late that the Lie—in majuscule—had become so pervasive that it could be said to constitute a public if unofficial institution. Orwell said that truth had ceased to exist in 1936, an exaggeration made for emphasis, but there is little doubt that it has practically ceased to exist in the political and cultural world we now inhabit. It may be a tenuous or metaphysical distinction to make, but I have come to feel not only that lies are everywhere in the political and cultural world we live in, but that the Lie has become that world. We now live inside the Lie; it is the very air we breathe, the food that sustains us, the verbal milieu we communicate in, the dreams that disturb our sleep, the tastes and fashions we affect, the thoughts we think in our solitary moments. We are like fish who never consider the water they swim in; to leave that element requires something like an evolutionary lung and an amphibian yearning, features that pertain to only a few. This is our current condition.
Read more »
Posted by Angelo Agathangelou at 6:48 am No comments: Links to this post