'The Labour party would do well to reinstate the Party’s flat rejection of racism of all types. If such an approach comes short of satisfying the [Jewish] Israel Lobby, the Labour party is free to continue without their approval.' 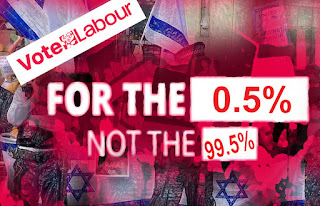 By ex-Jew Gilad Atzmon: If insanity is doing the same thing over and over again while expecting different results, then the British Labour Party is institutionally insane and beyond recovery.
Labour’s leadership candidates didn’t learn a thing from their Party’s humiliating electoral defeat last month. Instead of returning to universal anti racist politics consistent with so-called ‘Labour values,’ the compromised contenders for party leadership bow to the demands made by the Board of Deputies of British Jews, a self-elected pressure group that claims to represent 0.5% of the British public.  Our Labour leadership candidates have attended to whims uttered by a tiny privileged voice while ignoring at least 99.5% of the British public. ‘For the very few and no one else,’ falls short of describing this political suicide.

By Peter Wright: With a nod to the great ongoing work done by Bloodstained Men, here is a picture showing pushback by Ugandans after Gates foundation and the American government spend billions promoting male genital mutilation propaganda in African nations. 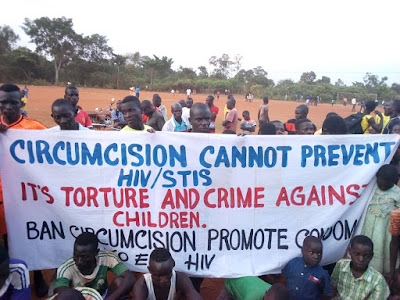 Brother K. states, “AMERICAN HEGEMONY … The United States won’t educate or feed the impoverished nations of Africa, but we spent billions of dollars to fund junk science experiments and deceive them with free circumcision. The purpose of the fake circumcision experiments was to create propaganda for the American people, that circumcision has benefits.”
Read more »
Posted by Angelo Agathangelou at 9:30 am No comments: Links to this post

Remarks On The US/China “Trade Deal” 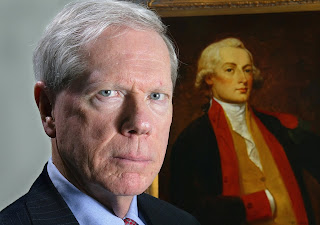 By Dr. Paul Craig Roberts: The first thing to understand is that it is not a trade deal.  It is Trump backing off his tariffs when he discovered that the tarrifs fall on US goods and American consumers, not on China.  Trump is covering his retraction by calling it a trade deal.  China’s part of the deal is to agree to purchase the US goods that it already intended to purchase.
The purpose of tariffs is to protect domestic producers from foreign competition by raising the price of imported goods.  What Trump, his administration, and the financial press did not understand is that at least half of the US trade deficit with China is the offshored goods produced in China by such corporations as Apple, Nike, and Levi.  The offshored production of US global corporations counts as imports when they are brought into the US to be sold to Americans.  Thus, the cost of the tariffs were falling on US corporations and US consumers.
Tariffs are not an effective way to bring offshored US manufacturing home.  If Trump or any US government wants to bring US manufacturing back to the US from its offshored locations, the way to achieve this result is to change the way the US taxes corporations.

Read more »
Posted by Angelo Agathangelou at 5:39 am No comments: Links to this post