The European Jewish Congress has launched a worldwide social media campaign against “antisemitism” (which, in EJC eyes, includes opposition to Israeli human rights abuses)
The man behind the campaign, EJC President Moshe Kantor, is a Russian-Israeli oligarch known for “unscrupulous business dealings” who says BDS is antisemitic, calls for severe punishment of “intolerance,” and is the founder of numerous international pro-Israel entities…
UPDATE: In the midst of impeachment proceedings, House Leader Nancy Pelosi has gone to Jewish Israel to take part in an event organized by the Jewish Russian-Israeli oligarch described below. See update at end of post. 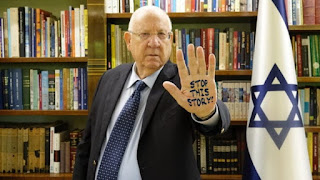 By Alison Weir: The European Jewish Congress (EJC) has announced the launch of a worldwide, star studded social media campaign against what it calls “antisemitism,” but which is often advocacy for Palestinian human rights and opposition to Israeli apartheid. EJC is the regional affiliate of the World Jewish Congress, one of whose main missions is to advocate for Israel.

Verdant Servant: In an exceptionally intense confrontation, French students confront the Israeli Ambassador who came to speak at the university of Rennes and stand up chanting 'freedom for Palestine!' The visit of the Israeli Ambassador Aliza Bin Noun and former head of the political bureau of the Minister of Foreign Affairs Avigdor Lieberman, came in a tense atmosphere marked by the outrage of pro-Palestinian activists at the pressuring of the UN to suppress its recent report condemning Israel as an apartheid regime.

Permanent War, Permanent Repo + What Came First, the Chicken or the Fed?

Max and Stacy look at the latest phase of permanent war and how bitcoin, gold, and oil markets responded to the assassination of General Soleimani. They also look at the US central bank seeking ways to make their latest interventions in the repo markets a permanent fixture for bankers.

How To Be A Mentally Sovereign Human

'To attain a truly self-sovereign mind,
you need to put truth above all else in every waking moment.' 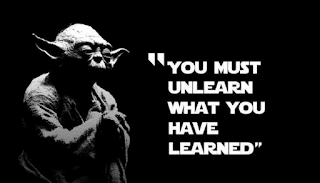 By Caitlin Johnstone: We all showed up naked, slimy and clueless in a world of inexplicable sensory input we couldn’t make head or tail out of. We were then taught what’s what by people who showed up under the exact same circumstances a blink of an eye earlier.
The amniotic fluid is barely washed from our tiny naked bodies before we find ourselves in a marriage and a day job, staring down at a small pair of eyes looking up to us for guidance.
This is not a good environment for developing mental sovereignty, the ownership and authorship of your own cognitive relationship with life.
Stepping into the world as a small person is like stepping completely unarmored onto a battlefield with live ammunition flying in all directions, except instead of bullets, it’s narrative.
On one side of the battlefield you’ve got your family with rifles and side-arms firing their stories about what’s important in life, what the world is like, how people should deal with problems, and what society ought to look like.

Read more »
Posted by Angelo Agathangelou at 3:43 am No comments: Links to this post

Read more »
Posted by Angelo Agathangelou at 12:28 am No comments: Links to this post