Ah, pain, true companion of love,
whose ills I can ill assuage,
do you have a cure?
Pain besets me, and no wonder,
for here and now, grim exile
calls me from my beloved,
whose praiseworthiness is unique.
Paris would not have chosen Helen
as his partner over her.
So why complain that I will be
far from her who haughtily rejects
me, her devoted servant,
her whose name is so revered
that I must not presume
to name her?
Thanks to this misdeed of mine,
she often looks at me with a face
such as she directs at no one else.
{ O comes amoris, dolor,
cuius mala male solor,
an habes remedium?

Read more »
Posted by Angelo Agathangelou at 10:47 pm No comments:

The Marginalization Of White People 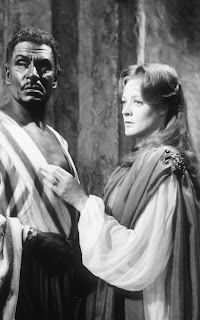 'Shakespeare could not
have written Othello.'
By Paul Craig Roberts: Januay 27, 2020 on NPR I heard a white female novelist describe her difficulty in getting her novel published.  The problem was not that her novel was uninteresting or badly written.  Her problem was that one of the characters was black. Unbeknownst to her, it is now considered cultural imperialism or cultural trespassing—some such term—for a person with white skin to write about even fictional people of color.
Publishers liked her novel, but were afraid to publish it. They told the novelist that publishing her book would bring them charges of insensitivity toward blacks and be regarded as a sign of their disrespect of the maxim that only blacks can know about blacks. Her problem was not that she was writing insensitively about blacks, but that it is now considered insensitive for a white person to invade black culture by having a black character in a novel.
The novelist seemed to agree with this perspective.  Her defense was that as she had lived with a black man for many years, she was familiar with blacks and thereby qualified to have a black character in her novel.

Read more »
Posted by Angelo Agathangelou at 6:24 pm No comments:

'The holocaust is a scam sponsored by politicians dependent upon Jewish patronage.' 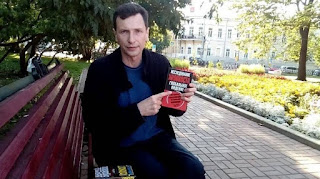 By Mike Walsh: There is consternation that the outcome of high court litigation in Russia has supported the right of holocaust critics and investigators (holocaust deniers) the right to publish their findings and beliefs. Investigation of the holocaust narrative is illegal in much of Europe.
On January 21, the Leninsky District Court of Perm decided to award Perm civil activist Roman Yushkov 50 thousand rubles in compensation for non-pecuniary damage for his being persecuted in connection with his right to publicly claim that the holocaust is a scam sponsored by politicians dependent upon Jewish patronage.
With her decision on Yushkov’s lawsuit, Judge Irina Chikulaeva confirmed the illegality of the unlawful criminal prosecution in the form of initiating a criminal case under the article Rehabilitation of Nazism (Article 354.1 of the Criminal Code of the Russian Federation).