Through Labyrinths: Medieval Fullness Of Life And Joy In Creativity 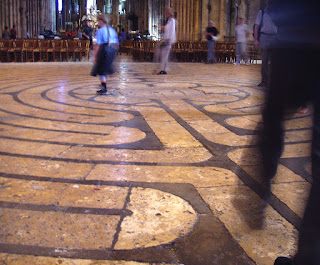 By Author Douglas Galbi: In some cathedrals in medieval France from no later than the twelfth century, clergy on Easter Sunday danced and sang through a labyrinth pattern built into the floor of the cathedral’s nave. As they danced and sang they tossed balls among themselves. One ball perhaps represented the ball of tar that Theseus had stuffed into the mouth of the Minotaur. Another may have represented Ariadne’s ball of thread by which Theseus guided himself out of the labyrinth. Christians needed neither of those two balls. They had Christ, the fully human man who conquered the maze of life and death to save all persons. After this singing, dancing, and ball-tossing, all came together for a feast.[1] Thus they celebrating the joy of Easter.
Christians must be foolish to be one with Christ. Paul of Tarsus, who turned his life upside down, declared in his letter to the Corinthians:

For the word of the cross is foolishness to those who are perishing, but to us who are being saved it is the power of God.

Big Pharma Is A Criminal Industry 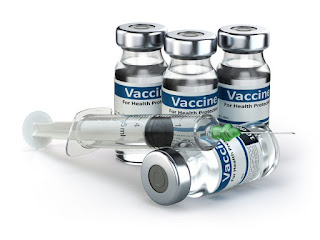 Everywhere we look, we find signs of out-of-control Big Pharma influence on medical policies and public health laws. This shouldn’t come as a surprise, considering drug ads account for the vast majority of most media outlets’ advertising revenues.
As a result, the media are no longer providing us with fair and balanced reporting on the prevention and treatment of disease, and this certainly includes the subject of drugs and vaccines. As reported by Periscope News Group editor-in-chief, Christina Morales:1


“Prescription medications are a multi-BILLION-dollar industry that’s making not only the pharmaceutical companies tons of money, but also the network television stations … Did you know that pharmaceutical advertising has soared 62 percent since 2012 and is projected to cost $610 billion by 2021? …

MinuteVideos
Posted by Angelo Agathangelou at 4:30 pm No comments: Links to this post

'They [The Jewish Lobby] destroyed the Labour Party, now they have launched a campaign against the British arts scene.'

By ex-Jew Gilad Atzmon: They destroyed the Labour Party, now they have launched a campaign against the British arts scene. Will they successfully abuse the moniker of anti-Semitism to destroy any place, person or organization where they sense opposition?
The 606 Jazz Club and its owner, Steve Rubie, have been subjected to a constant barrage of pressure and threats for hosting my concert. In a familiar first act,  a Jewish “member of the public” asked the 606 to explain why the club gives a [music] platform to me, whom he duplicitously  calls ‘an anti-Semite and a Holocaust denier.’

Read more »
Posted by Angelo Agathangelou at 1:24 pm No comments: Links to this post

Gynocentrism, Sex Differences And The Manipulation Of Men - Part Two 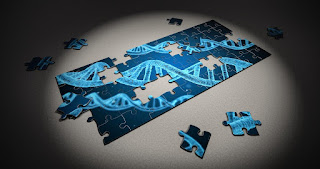 How Sex Differences Are Used To Propagate A False Narrative That Men Are Inferior And Expendable:
The manipulation of men does rely on framing sex differences to support a narrative men are inferior to women and that men are biologically expendable. There is a misplaced belief in the manosphere that feminism takes the position that the sexes are the same and that any sex differences that exist are due to socialisation. This is wrong. Feminists are quite happy to emphasise sex differences if it is to women’s social advantage, or helps support a narrative in female superiority. The manosphere needs to carefully evaluate claims of innate sex differences and not just assume there is no gynocentric agenda behind those in the media and academia that promote such claims. The feminist infestation in our academic institutions and mainstream media is extensive these days.

'Our institutions have a vested interest in keeping men down and thriving off their exploitation.'
Read more »
Posted by Angelo Agathangelou at 9:04 am No comments: Links to this post