Karl Marx Was An Anti-Semite AKA 'A Self-Hating Jew'

Dr. Paul Craig Roberts:
“What is the worldly religion of the Jew? Huckstering. What is his worldly God? Money… Money is the jealous god of Israel, in face of which no other god may exist. Money degrades all the gods of man – and turns them into commodities…. The bill of exchange is the real god of the Jew. His god is only an illusory bill of exchange…. The chimerical nationality of the Jew is the nationality of the merchant, of the man of money in general.” — Karl Marx, On the Jewish Question, 1844 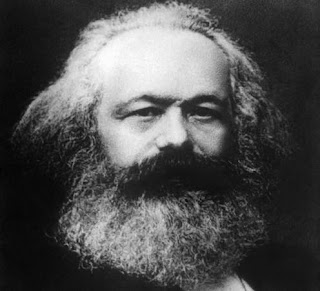 “In the final analysis, the emancipation of the Jews is the emancipation of mankind from Judaism.” — Karl Marx
“Thus we find every tyrant backed by a Jew, as is every pope by a Jesuit. In truth, the cravings of oppressors would be hopeless, and the practicability of war out of the question, if there were not an army of Jesuits to smother thought and a handful of Jews to ransack pockets.

The Fiscal Strategy Of The Globalist Feminist Left: Fines And Ultimatums 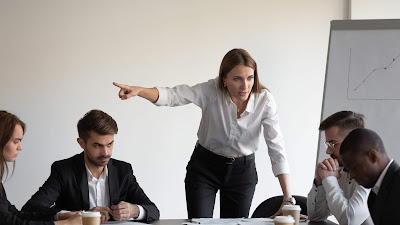 By David Solway: It’s old news by now. David Solomon, CEO of Goldman Sachs, has laid down the gender law, stating at the World Economic Forum in Davos that the investment giant will not “take a company public unless there’s at least one diverse board candidate, with a focus on women.” The scuttlebutt is that the investment bank is trying to redeem its “vampire squid” reputation, cleaning up the fallout from the notorious 1MDB scandal implicating seventeen former and current Goldman executives. In addition, the firm is obviously catering to the “social justice” trends of the day, with its emphasis on so-called “diversity”—women, gays, people of color—at the expense of straight white males. As William Sullivan writes in American Thinker, what we are witnessing is “an openly discriminatory policy to pacify the woke mobs.” The new news would have to do with whether Goldman Sachs’ largest competitors, JPMorgan Chase and Morgan Stanley, decide to follow suit.
Read more »
Posted by Angelo Agathangelou at 6:57 pm 1 comment:

An 'Orwelexicon' For Bias And Dysfunction In Psychology And Academia 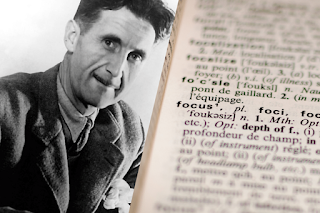 Authored by Lee Jussim: In this essay, I introduce a slew of neologisms - new words - to capture the tone and substance of much discourse, rhetoric, dysfunction, and bias in academia and psychology. It’s partly inspired by an article entitled ‘Lexicon for Gender Bias in Academia and Medicine’ by Drs Choo and May in the British Medical Journal (BMJ), although that one was coming at this from a different perspective.

They argued that “mansplaining” was just the “tip of the iceberg” and so coined terms such as “Himpediment,” defined as a “man who stands in the way of progress of women.”
Read more »
Posted by Angelo Agathangelou at 2:57 am 1 comment: