Domestic abuse is a men’s issue, too. 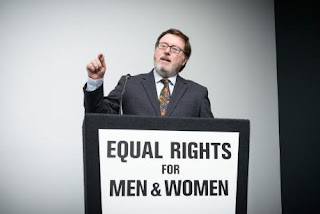 By Mike Buchanan: I’m pleased to announce J4MB will be hosting the first National Conference on Men’s Issues – as opposed to an international conference – to be held in the UK. It will be held at a premier venue in Manchester on Sunday, 17 May, 2020. Details here. The event title is Domestic abuse is a men’s issue, too. We’re delighted at the range of speakers. The keynote speaker will be Professor Nicola Graham-Kevan, whose work is well known to many J4MB supporters. William Collins will also be speaking, along with other speakers who are well-known or not so well-known to J4MB supporters.
Tickets are strictly limited, so I recommend you don’t wait long before ordering yours. In any case, I’d strongly urge you to order your ticket(s) before 7 March, for reasons explained in the document.
I hope to see many of our supporters at the event. On the preceding evening, Saturday, 16 May, I’ll be in the venue’s bar along with William Collins, Elizabeth Hobson and Natty Raymond.

The Consequence Of Globalism Is World Instability

'Only the one percent benefits from globalism. Globalism was constructed by people motivated by short-term greed. None of the promises of globalism have been delivered. Globalism is a massive mistake.'

By Dr. Paul Craig Roberts: If the coronavirus proves to be serious, as it does not appear to be at the present time, many economies could be adversely affected. China is the source of many parts supplied to producers in other countries, and China is the source of the finished products of many US firms such as Apple. If shipments cannot be made, sales and production outside of China are affected. Without revenues, employees cannot be paid. Unlike the financial crisis of 2008, this would be an unemployment crisis and bankruptcy of large manufacturing and marketing corporations.
This is the danger to which globalism makes us vulnerable. If US corporations produced in the US the products that they market in the US and the world, an epidemic in China would affect only their Chinese sales, not threaten the companies’ revenues.
The thoughtless people who constructed “globalism” overlooked that interdependence is dangerous and can have massive unintended consequences.

Read more »
Posted by Angelo Agathangelou at 6:53 am 1 comment: