Feminists claim Bettina Arndt's dangerous views insult victims of sexual abuse. Their dirt campaign distorts her comments about a Canberra doctor, failing to mention she was one of his victims. Listen to this extraordinary story.
Posted by Angelo Agathangelou at 8:53 pm 1 comment:

“The timid civilized world has found nothing with which to address the revival of barefaced barbarity, other than concessions and smiles.” -Alexandr Solzenitsyn 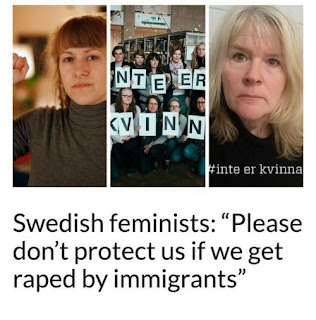 PCR: Sweden’s “Feminist” Government has arrested a women, who in self-defense stabed the immigrant-invader who was raping her, for attempted murder.
Immgrant-invader Gang-rapists of a Swedish woman were set free on the grounds that the failure of the wheelchair-bound woman to fight back harder or attempt to escape implied consent.
Danish 17-year old female was arrested for using pepper spray to prevent her rape by an immigrant-invader.

A major German TV network has aired an interview with the UN rapporteur on torture that reveals the invention of the Swedish “rape” case against Julian Assange... 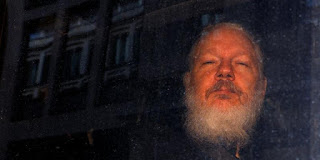 Authored by Ray McGovern: Truth has broken through for those confused about how a publisher ended up in a maximum security prison in London with a one-way extradition ticket to court in the U.S. and the rest of his life behind bars.
One of the main German TV channels (ZDF) ran two prime-time segments on Wednesday night exposing authorities in Sweden for having “made up” the story about Julian Assange being a rapist.
Until last night most Germans, as well as other consumers of “major media” in Europe, had no idea of the trickery that enmeshed Assange in a spider-web almost certainly designed by the U.S. and woven by accomplices in vassal states like Sweden, Britain and, eventually, Ecuador.