Teen’s life sentence now questioned
Myon Burrell was convicted in the murder of Tyesha Edwards, an 11-year-old girl killed by a stray bullet in 2002. An AP report questions then-Hennepin County Attorney Amy Klobuchar's handling of the case.
By Jewel Eldora: Senator Amy Klobuchar,  Minnesota Presidential Candidate, oversaw the prosecution and conviction of a 16 year old black boy, falsely accused and convicted of murdering 11 year old Tyesha Edwards on “the basis of circumstantial evidence and coerced eyewitness testimony, with no DNA, fingerprints, ballistics, or other tangible evidence linking him to the crime” according to a recent press release.

Read more »
Posted by Angelo Agathangelou at 10:33 pm No comments: Links to this post 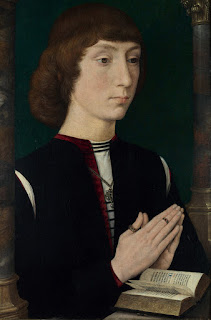 By Author Douglas Galbi: Concubines rank lower than wives in most societies’ social structure. But what about men’s status?[1] The learned and eloquent ancient Roman orator Cicero described the desperation of husbands suffering from their wives’ abuse. In early-eleventh-century Baghdad, the rich merchant ibn Jumhūr had to endure torrents of abuse from his concubine Zād Mihr. In actuality, husbands are not only subordinate to their wives, but also subordinate to their concubines.
A coherent medieval collection of prayers spanning all stations of society documents the struggle against men’s subordination to their concubines. The collection begins by acknowledging the failures of all:

Let us pray for every status in the Church!
All have gone astray. Together they are made hurtful. There is none who would do good, no, not one.