Did Lot Support Daughters Who Raped Him? Cena Cypriani Rewritten 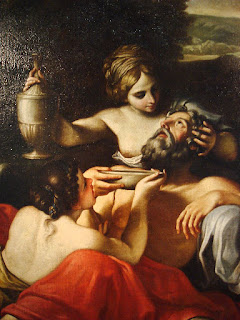 By Author Douglas Galbi: A certain church leader named Hilary conducted a hearing in the city Golgotha of Numskulls. The matter was legion. Lot came to family court to contest an order of child support requiring him to pay 60% of his income to his two daughters who had raped him. Interested parties entered the courtroom.
Solomon’s seven hundred wives and concubines sat together. Royally dressed, Solomon’s mother Bathsheba came in and then left to take a bath outside. The pregnant virgin Mary brought her husband Joseph from the house of David. Lot’s wife sat in the front row and worried that Judge Hilary would deprive Lot of almost all his salt. Elizabeth wanted to know if the payments she would receive would be less because her husband Zachariah had become disabled. The Samaritan woman was there, wondering how many different men could be required to pay her at the same time.

'it has been shown that: 1) there were no homicidal gas chambers in any of the German concentration camps; 2) Germany did not have a program of genocide against the Jews; and 3) the standard estimate of 6 million Jews who died during World War II is a ridiculous exaggeration.' 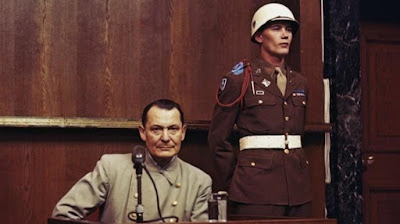 By John Wear: The genocide of European Jewry by National Socialist Germany is widely considered to be the most thoroughly documented event in human history. Tens of thousands of books, magazine, and newspaper articles have been written and numerous criminal trials have been conducted to document the mass extermination of European Jewry. The crimes of Germany against Jews are considered to be so uniquely evil that the term “the Holocaust” has been invented to describe the alleged genocide of European Jewry.
Read more »
Posted by Angelo Agathangelou at 3:18 pm No comments: Links to this post

Shoe0nHead:
Read more »
Posted by Angelo Agathangelou at 4:02 am No comments: Links to this post