Will Jews' Censorship Prevail Over The US First Amendment?

'Americans have gags stuck in their mouths because 28 state governments put the interest of the Jews higher than the First Amendment of the US Constitution.'

By Dr. Paul Craig Roberts: I remember when censorship in America was a limited phemonenon.  It applied during war time—“loose lips sink ships.”  It applied to pornography.  It applied to curse words on the public airwaves and in movies.  It applied to violence in movies.  There could be violence, but not the level that has become common.
Today censorship is ubiquitous.  It is everywhere.  In the United States censorship is both imposed from above and flows from the bottom up.  Censorship is imposed from above by, for example, TV and print media, Google, Facebook, Twitter, and by laws in 28 states prohibiting criticism and participation in boycotts of Israel and by President Trump’s executive order preventing federal funding of educational institutions that permit criticisms of Israel. Censorship flows from the bottom up by, for example, people of protected races, genders, and sexual preference claiming to be offended.

'There’s still no issue with a lack of support for male victims of domesitc violence in the eyes of these three awful politicians.' 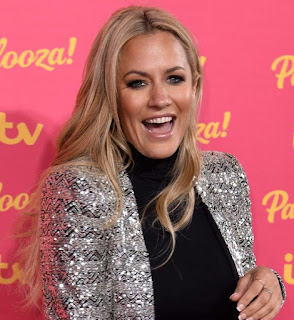 hequal: Yesterday, Saturday 15th February, saw the death of Misandric Feminist Caroline Flack, a former presenter on the popular TV show “Love Island”. Flack had been arrested on the 13th December 2019 after brutally attacking her partner with a lamp. She was suspended from her job, charged with 'ABH' actual bodily harm, and upon discovering she was to face trial for her domestic violence she took her own life.

Being Ahead Of Time

'The involvement of prominent Jewish celebrities in some spectacular sex crimes is becoming rather embarrassing and even dangerous for the Jews. ...“To sleep with a child, it’s a holy experience, a baptismal event, a sacred adventure." Women are mere
baby making factories' 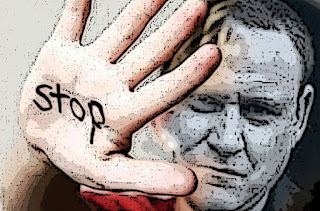 By ex-Jew Gilad Atzmon: In my recent book, Being in Time, I analyse Jewish controlled opposition. I argue that some self-identified Jews end up being on both polar extremes of every debate that is even mildly relevant to Jewish existence: Those who have recently been disturbed about the Jews who are at the centre of the impeachment trial have also found that Jews hold key positions on Trump’s defense team. Those who accuse Jews of pushing immigration and multiculturalism can’t deny that Trump’s senior policy advisor on immigration is Stephen Miller and that breitbart.com was “conceived in Jerusalem.” The Palestinians’ solidarity movement is dominated by a few well organized Jewish solidarity groups that do little but divert the discourse from the Palestinian right of return and exhaust the movement in their relentless witch-hunting of truth speakers and seekers.

Robert Snefjella Tells Us What Really Happened To Libya

The Destruction of Libya:
Posturing Zio-Predators; Lethal Lies [aka Hasbara] 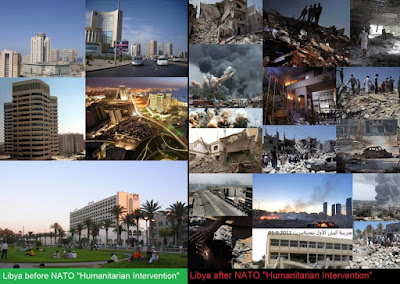 By Robert Snefjella: Premeditated criminal violence has been around for a long time.
Deliberate criminal violence has motive, involves planning, and is cruel and harmful. The motive often involves the attempt at some real or imagined gain, or forceful seizure. Surprise attacks are favored.
Because the evil of such violence is obvious if in clear view, criminals usually attempt to hide such acts, or to obscure their crime with lies. Secrecy and dishonesty are generally indispensable basic tactics for the success of violent criminality. An exception historically is the criminal violence of those who rule tyrannically; their crimes are sometimes brazen, ‘in your face’.
Wars of aggression are criminal violence on a massive scale.