Belinda Brown: Evidence suggests that the way we have enacted sex education in this country (and others) has done untold harm to our children. It does not need to be like this and we need to think about how to get it right. But the first step is to recognise that we have been getting it and are getting it badly badly wrong.
Posted by Angelo Agathangelou at 1:28 pm No comments: Links to this post

Dr. Ron Paul: Nine years after a US-led attack on Libya and murder of its leader, the democracy and liberation promised by Hillary Clinton and her band of "humanitarian interventionists" has never arrived. Instead, the once-wealthiest African country is mired in civil war and the standard of living has plummeted. There are several warring factions and militias vying for control, none of which seems strong enough to rule the country. This is a valuable cautionary tale about the disasters of US interventionism - which is precisely why no one wants to talk about it.

Coronavirus Could Be On The Verge Of Worldwide Breakout

'Four scientific studies that confirm
beyond doubt that the coronavirus is
an engineered bioweapon.' 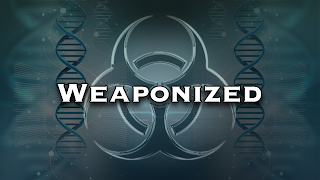 By Dr. Paul Craig Roberts: It is difficult to get reliable information about coronavirus.  The information difficulty is further complicated by interest groups using the outbreak for their own agendas.  For example, many both inside and outside China are using the spread of the virus to criticize the Chinese government.  Others, both inside and outside China, claim the virus is a bioweapon unleashed on China by the US.  Still others say the global elite has decided to implement a program to reduce the world population and that Bill Gates, one of the global elite, said some months ago that a global pandemic would break out at this time. Some Internet sites attract traffic by posting reports of massive numbers of Chinese deaths and crematoriums running 24/7. The official Chinese story has been that the virus originated in a market that sold wild animal meat.  The fact remains that Wuhan, apparently a city larger than any in the US, has been locked down for a month.