The Virus Crisis Is Underestimated

Introdution by Dr. PCR: Marc G. Wathelet, a duel American/Belgian citizen  spent 25 years as a scientist in the US, including a dozen years leading a group studying human coronaviruses including the one responsible for the SARS outbreak in 2003.
He is very concerned that public authorities have not grasped the extent of the threat, are responding too slowly and incompletely,  and will suddenly find the health system unable to cope.  Below I include a google translation of his Open Letter today to the Belgian Minister of Public Health.

Open letter to the Minister of Public Health.
February 27, 2020
Madam Minister,
Your public statements suggest that you do not fully understand the nature of the danger that Belgium and the rest of the world face. Naturally, you trust your group of experts who are unanimous in their view that Belgium is ready to face this new coronavirus.
I sent you a file via the SPF Health website on February 12, which indicates that if the proportion of symptomatic cases due to the new coronavirus reaches 1% of the population, we would be on the verge of a hospital crisis (your reference: CCAL0331485).
In an interview published yesterday, you answer the question But how many beds do we have exactly?

'...they didn’t know they were selling a machine that had been sabotaged to do the opposite of what people were paying for, which was to make all of their protected information instantly available to the U.S. CIA and NSA. And when others do it to us, we cry foul, but we think we have a birthright—a birthright to do that.' 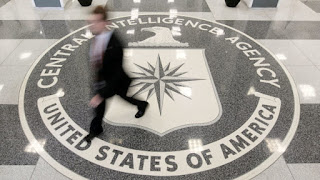 By Robert Scheer: In another astounding revelation about the extent of United States’ global surveillance operations, The Washington Post recently published a piece about a Swiss company, Crypto AG, that was actually owned by the U.S. Central Intelligence Agency and West Germany’s intelligence agency. Crypto AG provided encryption services to over a hundred governments worldwide for decades. Unbeknownst to those governments, the CIA had access to the encryption tools and could therefore read high-level internal governmental correspondence from countries including France, Egypt, Venezuela and many others.

Read more »
Posted by Angelo Agathangelou at 3:53 am No comments:

"There Is No Global Warming!"

Mr Roberts said “in Australia, the temperatures in the 1880s and 1890s were not only warmer than they are today, the heatwaves were longer”. Mr Roberts said the Bureau of Meteorology “has never proven that carbon dioxide from human activity affects temperatures” and urged anyone with proof to convince him otherwise. “Empirical evidence states that the temperature is not increasing,” he said.