'Reinfection may be deadlier than the initial infection in some patients, causing sudden death from heart failure in several instances.'

By Tyler Durden: An alarming number of coronavirus patients in China and around the world are testing positive after 'recovering' and being discharged from the hospital - with the disease reappearing weeks later in some cases, according to Reuters.
On Wednesday, Japan's Osaka prefectural government revealed that a female tour-bus guide had tested positive for coronavirus for a second time - which comes on the heels of Chinese reports that discharged patients throughout the country were testing positive after their release from the hospital.
That said, China's National Health Commission said on Friday that reinfected patients were not transmitting the disease to others. The two running theories is that COVID-19 is "biphasic" and lies dormant before reappearing, or that patients are not building sufficient antibodies to fight a new infection.

Our Man In The Public Gallery – Assange Hearing Day 2

By Craig Murray: This afternoon Julian’s Spanish lawyer, Baltasar Garzon, left court to return to Madrid. On the way out he naturally stopped to shake hands with his client, proffering his fingers through the narrow slit in the bulletproof glass cage. Assange half stood to take his lawyer’s hand. The two security guards in the cage with Assange immediately sprang up, putting hands on Julian and forcing him to sit down, preventing the handshake. 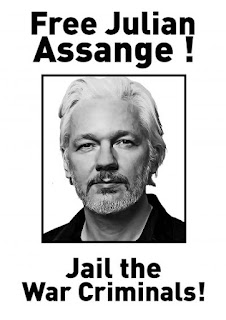 That was not by any means the worst thing today, but it is a striking image of the senseless brute force continually used against a man accused of publishing documents. That a man cannot even shake his lawyer’s hand goodbye is against the entire spirit in which the members of the legal system like to pretend the law is practised. I offer that startling moment as encapsulating yesterday’s events in court.
Day 2 proceedings had started with a statement from Edward Fitzgerald, Assange’s QC, that shook us rudely into life. He stated that yesterday, on the first day of trial, Julian had twice been stripped naked and searched, eleven times been handcuffed, and five times been locked up in different holding cells. On top of this, all of his court documents had been taken from him by the prison authorities, including privileged communications between his lawyers and himself, and he had been left with no ability to prepare to participate in today’s proceedings.

'Moran’s complete inability to control her temper, her completely inadequate non-apology and her victim blaming are all very notable things we’ve learned from this case. ...Even more interesting has been the reaction to her behaviour and her statement.' 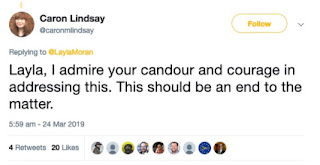 Hequal: On Sunday, HEqual was the first outlet to report on the domestic violence of Liberal Democrat MP Layla Moran. The feminist Member of Parliament admitted to slapping her boyfriend at a conference over a lost computer cable.


We’ve been very pleased with the reaction to Sunday’s article, it was the most popular such piece on Twitter, way ahead of articles by the Daily Telegraph, Sun, and Daily Mail. Having noted the BBC South’s failure to report on the story, we took the time to remind them of their obligation to report this case as they had with previous male abusers and urged them not to cover it up as they did with the Sarah Champion domestic violence case. Refreshingly, they didn’t ignore the case and published a satisfactory article five hours after we got in touch, with BBC local radio later discussing the matter too.
Read more »
Posted by Angelo Agathangelou at 12:51 pm No comments: Links to this post 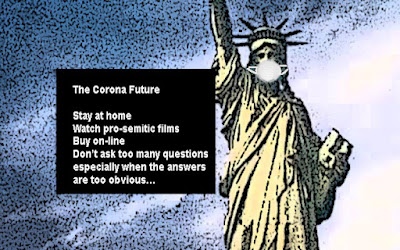 Stay at home
Watch pro-semitic films
Buy on-line
Don’t ask too many questions especially when the answers are too obvious…
Read more »
Posted by Angelo Agathangelou at 8:56 am No comments: Links to this post

"Tomorrow the defence continue. I am genuinely uncertain what will happen as I feel at the moment far too exhausted to be there at 6am to queue to get in. But I hope somehow I will contrive another report tomorrow evening."
By Craig Murray: Woolwich Crown Court is designed to impose the power of the state. Normal courts in this country are public buildings, deliberately placed by our ancestors right in the centre of towns, almost always just up a few steps from a main street. The major purpose of their positioning and of their architecture was to facilitate public access in the belief that it is vital that justice can be seen by the public. 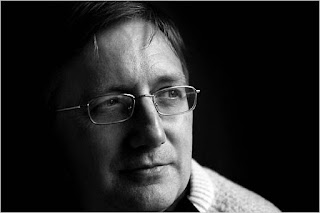 Woolwich Crown Court, which hosts Belmarsh Magistrates Court, is built on totally the opposite principle. It is designed with no other purpose than to exclude the public. Attached to a prison on a windswept marsh far from any normal social centre, an island accessible only through navigating a maze of dual carriageways, the entire location and architecture of the building is predicated on preventing public access.