The best way to comprehensively remedy the inordinate harm the Iran sanctions do, it seems, would be to lift the sanctions, but few in the corporate media are making this rather obvious point. (The Jews and their shills have long targeted Iran.) 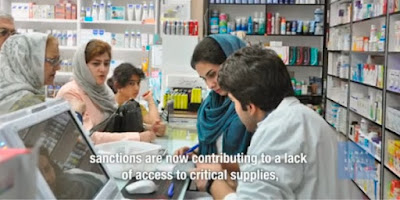 By Gregory Shupak: Covid-19 has hammered few countries as hard as it has hit Iran, which reports (as of April 8) 64,586 cases and 3,993 deaths. US sanctions are a major reason that Iranians are getting infected with and dying from the coronavirus in such large numbers: The US’s economic warfare softened Iran up for the pandemic well before its outbreak.
Human Rights Watch documented last year (10/29/19) that sanctions had “drastically constrained the ability of [Iran] to finance humanitarian imports, including medicines, causing serious hardships for ordinary Iranians and threatening their right to health.”

Lebanon will not allow the Jewish genocidal land theft project terror regime 'Israel' in occupied Palestine to continue to violate their airspace. 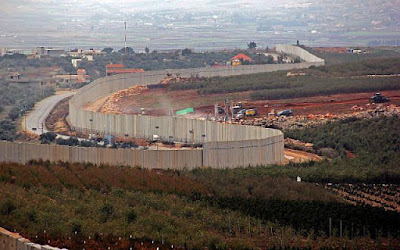 Via AlMasdarNews: The Hebrew-language Channel 12 reported that despite the coronavirus outbreak, dastardly work is continuing and ongoing these days to complete another "Apartheid Wall" on the Palestine-Lebanese border 'to prevent any infiltration or attacks' by the heroic indigenous Gentile freedom fighters.

Aba & Preach
"Ain't ye heard about that pussy pass?"
Posted by Angelo Agathangelou at 5:30 am No comments: Links to this post

"Are you arguing to let airlines fail?" "Yes." 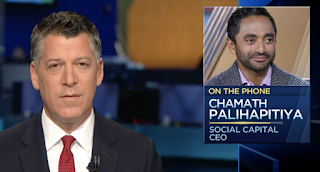 By Tyler Durden: With millions of Americans sitting at home working on their laptops, the passive viewership of cable news channels like CNBC must be waaaay up this month, as finance nerds welcome normies to the strange and often hilarious world of live markets news.
In terms of drama, CNBC is usually pretty staid. But every once in a while, there's a fight, or a contentious interview, that really grabs people's attention. On Thursday, such a confrontation occurred during "the Halftime Report" as Scott "The Judge" Wapner interviewed early Facebook investor and uber-wealthy VC investor Chamath Palihapitiya.

'There is now absolutely no accurate pricing discovery in the capital markets and we have entered a period of total manipulation.
...We are in a New World Order.
Read more »
Posted by Angelo Agathangelou at 1:34 am No comments: Links to this post