The Controversy Over Who Is Responsible For Coronavirus Is Heating Up

Let’s hope the warmongering American Neo-Con-Artists and presstitutes don’t add a conflict with China to the ongoing virus and economic threats.
First, is the virus a bioweapon?
Second who is responsible? 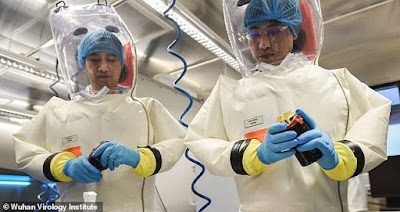 By Dr. Paul Craig Roberts: Two sources concluded that the virus was a bioweapon.  One is Francis Boyle, who drafted the US implementing legislation for the Biowarfare Convention that became US law in, I believe, 1989.  Boyle says the US government violates the law and has 13,000 scientists working on biowarfare research.  Boyle said  in February that the gainer function of the virus was done at a UNC lab at which a Wuhan scientist was present, and the HIV features were done in Australia where a Wuhan scientist was present.  He says the scientists took the work back with them and the result was Covid-19.  Also in February or March a scientific paper by scientists in India concluded that the virus was man-made.  Their paper was taken down without explanation.

Read more »
Posted by Angelo Agathangelou at 10:34 pm No comments:

What NO ONE Is Saying About The Corona Crisis

There are a thousand hacking at the branches of this pandemic panic to one striking at the root.

Join James Corbett on the streets of Japan as he strikes at the root of the pandemic problem that we are being presented with. Will you accept or reject the new governing principle of society?
Posted by Angelo Agathangelou at 5:57 pm 1 comment:

The Meaning Of Corona: Gilad Atzmon And Jason Liosatos

Ex-Jew Gilad Atzmon speculates on the COVID-19 crime scene.
"I think that numbers are very revealing here.
...It's unlikely Corona started in China. ...More than likely developed in an American, or Jewish laboratory. ...Criminal investigation required!"

"Health services at risk of collapsing, not because of too many patients, but because of a lack of patients. Hospitals are laying off employees, bored nurses are making tick-tock videos. What's going on?" Asks Julie Borowski.
Posted by Angelo Agathangelou at 6:26 am No comments:

COVID-19 And How Feminists Lie About Domestic Violence

"In some countries men [2nd class citizens] may be evicted from their homes on their spouses' [1st class citizens] say so for the duration of the lockdown." Said Prof. J. Fiamengo.
Read more »
Posted by Angelo Agathangelou at 3:14 am No comments:

“Today I’m instructing my administration to halt funding of the World Health Organization while a review is conducted to assess the organization’s role in severely mismanaging and covering up the spread of the coronavirus,” Trump said at a White House briefing on Tuesday, adding that the US has a “duty to insist on full accountability” from the public health body.
PCR: Trump is starting to act like a President.  He should go further.  WHO is owned by Bill Gates and Big Pharma.  He should indict all three and put them on trial for crimes against humanity. And Fauci also. 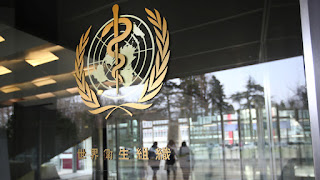 RT: US President Donald Trump has cut funding for the World Health Organization, insisting the agency be held accountable for its ‘failures’ in responding to the Covid-19 crisis, and accusing it of promoting ‘Chinese disinformation’.