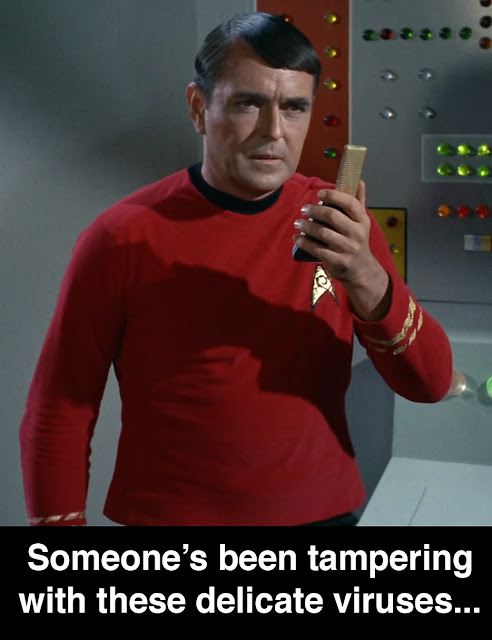 Read more »
Posted by Angelo Agathangelou at 4:49 pm No comments:

'Not a shred of credible evidence is presented because there is none — just baseless claims backed by nothing.' 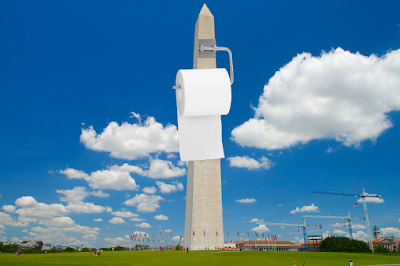 By Stephen Lendman: At a time when world solidarity is needed against a global health threat, the NYT and other Western establishment media continue publishing fake news reports about Russia and Vladimir Putin.
Have they no shame? Clearly not! Not ever about sovereign states on the US target list for regime change.
They’re carpet bombed with endless volleys of managed news misinformation and disinformation, truth-telling suppressed.
On Monday, the self-styled newspaper of record in its own mind NYT falsely accused Vladimir of “promot(ing) a decade of disinformation (to) s(ew) confusion, hurt major institutions, and encourage the spread of deadly illnesses (sic).”

Read more »
Posted by Angelo Agathangelou at 12:40 pm No comments: 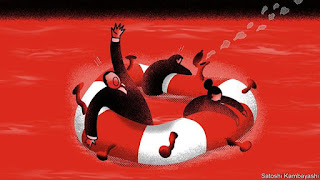 "Something's Gone Wrong" Again!
Authored by Nick Corbishley; Part of the problem is cultural: banksters in the UK who own politics thrive on war and blood in the streets and look down their noses at small businesses, especially for a measly 1.5%.
Thanks to its Brexit planning, the UK should have been better positioned to help its small businesses through the coronavirus crisis than most of its European peers. In early 2019, the UK treasury, together with the business department and the state-owned British Business Bank, laid the groundwork for a loan guarantee system for small businesses in the event of a chaotic Brexit. This meant that when the Covid-19 lockdown began, all the government needed to do was dust off those plans and put them into action. It should have been smooth sailing. Instead, it’s been an unmitigated disaster.On March 19, the day the economy went into lockdown, the government unveiled £330 billion of emergency measures to help shuttered businesses weather the storm. Those measures included the Coronavirus Business Interruption Loan Scheme (CBILS), which the Chancellor of Exchequer Rishi Sunak said would be made available to “any good business in financial difficulty who needs access to cash to pay their rent, the salaries of their employees, pay suppliers, or purchase stock”. Yet almost four weeks later, just 4,000 of the 300,000 companies that have applied for the funds have actually received them.

Read more »
Posted by Angelo Agathangelou at 8:39 am No comments:

Dr. Ron Paul: People "Should Be Leery About" A COVID-19 Vaccine

“...right now I wouldn’t think there is any indication for anybody to take them,” noting that “scare tactics” are being used to pressure people... 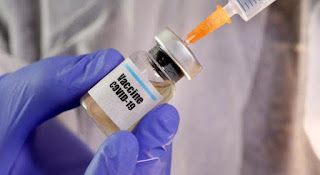 Authored by Adam Dick: Dr. Ron Paul, in a Monday interview with host Dan Dicks at Press for Truth, warns that people “should be leery about” coronavirus vaccines that may come out. Further, says Paul, a doctor and former United States House of Representatives member, “right now I wouldn’t think there is any indication for anybody to take them,” noting that “scare tactics” are being used to pressure people into thinking they should take such potential vaccines to protect against coronavirus.
Paul supports this conclusion by stressing in the interview the potential danger of a vaccine as well as the overstated threat from coronavirus.

Read more »
Posted by Angelo Agathangelou at 2:47 am No comments: