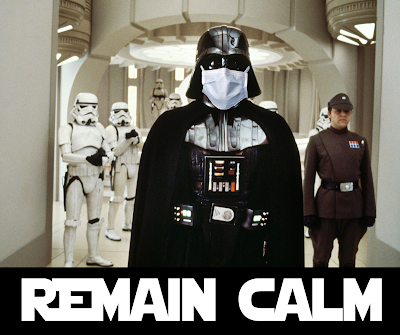 The Jews Are Spitting On Gentiles More Than Ever During Coronavirus

Spitting at someone is a universal insult. In Occupied Palestine, however, Jews spitting at Gentiles is an entirely different story. 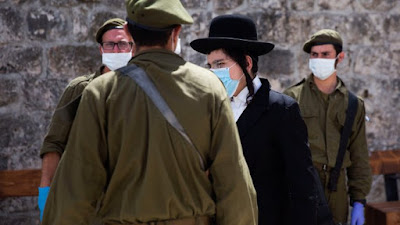 By Ramzy Baroud: Now that we know that the deadly coronavirus can be transmitted through saliva droplets, Jewish Israel mercs and illegal Jewish land thieves aka 'settlers' are working extra hard to spit at as many Palestinians, their cars, doorknobs, and so on, as possible.
If this sounds to you too surreal and repugnant, then you might not be as familiar with the particular breed of Jewish colonialism as you may think you are.


In all fairness, Jews have been spitting at Gentiles well before the World Health Organization (WHO) lectured us on the elusive nature of the COVID-19 disease and on the critical need to apply ‘social distancing’.
Read more »
Posted by Angelo Agathangelou at 8:15 pm No comments: 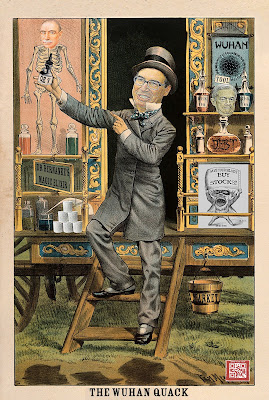 The snake oil salesmen are back
With cures for a virus attack
His current possession
A cure for depression
The virus will silence this quack!

Click on image to enlarge.
X art by William Banzai7

Posted by Angelo Agathangelou at 4:51 pm No comments:

'Palestinians have refused to be part of
the so-called 'deal of the century'
and have repeatedly pointed out they weren't even invited to the table.' 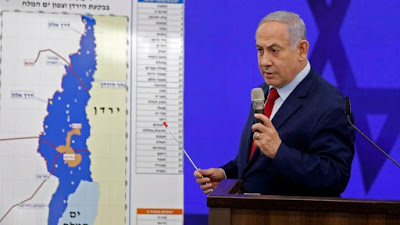 By Tyler Durden: The Jewish Israel regime's leader Bibi 'The Baby Butcher' Netanyahu has said he expects that Jewish vassal United States will soon approve the Jewish terror regime's move to formally steal parts of West Bank Mega Concentration Camp during comments made Sunday while discussing Trump's "deal of the century" peace plan. He projected this will happen in a mere two months.

Read more »
Posted by Angelo Agathangelou at 11:10 am No comments:

Life After COVID: A Look At The New Economy 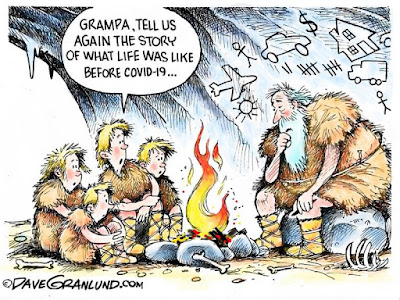 "We’re never going “back to normal.”
Authored by Daisy Luther: Many Americans have been locked down in their homes for more than a month now, and they’re anxiously awaiting the day when things “get back to normal.”
I regret to inform you, as I wrote previously, that we’re never going “back to normal.”
The world After COVID will not be like the world Before COVID.
It’s very important to understand what lies ahead so we can prepare for it.
Two reasons that the world After COVID will be so different are problems with the economy and the supply chain. Let’s take a look at both and see where we’re headed.

Read more »
Posted by Angelo Agathangelou at 8:10 am No comments: 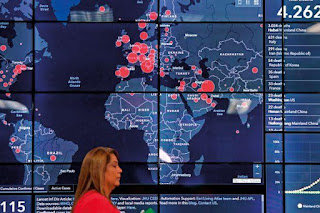 By Tyler Durden: Last month Massachusetts Senator Ed Markey called for the bold and urgent launch of what he called "a Manhattan Project-type approach" to fight the coronavirus pandemic given the enormity of the health and economic impact, increasingly even harming US defense readiness.
Apparently there has been such a group operating behind the scenes, but very unlike the original Manhattan Project it's a private sector initiative, funded by a tiny network of ultra-rich industry titans working closely with government contacts. Meet "the secret group of scientists and billionaires pushing Trump on a Covid-19 plan" profiled in a lengthy Wall Street Journal investigation Monday:


These scientists and their backers describe their work as a lockdown-era Manhattan Project, a nod to the World War II group of scientists who helped develop the atomic bomb. This time around, the scientists are marshaling brains and money to distill unorthodox ideas gleaned from around the globe.

Read more »
Posted by Angelo Agathangelou at 4:19 am No comments: 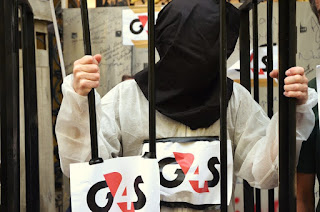 By Nora Barrows-Friedman: All six United Nations agencies in Jordan have now canceled their contracts with G4S, a private security corporation with a lengthy history of involvement in Jewish land theft project Israel’s crimes.
The UN Development Programme (UNDP) office in Jordan will not renew its contract with the British firm, according to Jordan BDS, a group that supports the boycott, divestment, and sanctions movement.
An unnamed corporation in Jordan has also announced it is not renewing its contract with G4S, Jordan BDS has stated.
The BDS National Committee – a Palestinian organization coordinating boycott activities – has welcomed the decisions by the UNDP and the unnamed company “to meet their ethical and legal obligations by dumping G4S, which is complicit in Jewish Israel’s grave violations of Palestinian rights and international law through its partnership with Israel’s police.”