'The British Empire knew that it was on the verge of collapse. The world was quickly waking up to its evil nature' 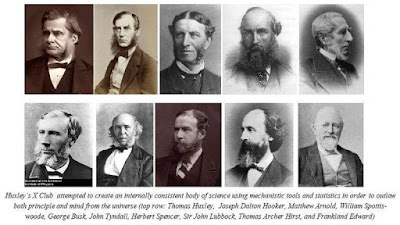 Authored by Matthew Ehret: Amidst the storm of controversy raised by the lab-origin theory of COVID-19 extolled by such figures as Nobel prize winning virologist Luc Montagnier, bioweapons expert Francis Boyle, Sri Lankan Cardinal Malcolm Ranjith and the head of Iran’s Revolutionary Guard, an elaborate project was undertaken under the nominal helm of NATURE Magazine in order to refute the claim once and for all under the report ‘The proximal origin of SARS-CoV-2’.

The hashtag #COVID1948, which seeks to equate the current devastation resulting from the coronavirus with the catastrophe that occurred to the Gentile Palestinian people in 1948 at the hands of the Jews. It is reportedly trending on social media and is in one sense an eloquent reminder of the wrongs committed against an entire group of Gentile people, to include a deliberate policy of ethnic cleansing that bore fruit in 1948-9. 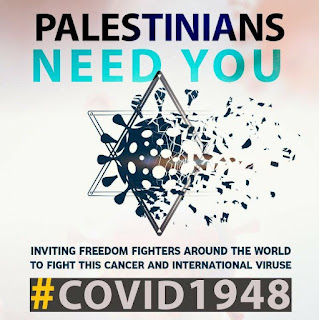 By Philip M. Giraldi: Palestinians worldwide have an annual day of remembrance called Nakba Day. Nakba comes from the Arabic al-Nakbah and means “disaster” or “catastrophe.” It takes place on May 15th, the day after the Gregorian calendar date for Israeli independence in 1948.
It is an opportunity for a people who live largely in exile to recall what was stolen from them by the nascent Jewish Israeli state in 1947 through 1949. An estimated 700,000 Palestinians, half of the country’s Arab Christian and Muslim population, were driven from their homes through a deliberate policy of terrorism officially initiated in January 1948 to drive the Palestinian population out, a clear case of government initiated ethnic cleansing.
Read more »
Posted by Angelo Agathangelou at 5:56 pm No comments:

Remembering The Nakba, 72 Years On

Read more »
Posted by Angelo Agathangelou at 2:13 pm No comments:

By MRA-UK: On 6th April’20 I blogged advertising the survey being conducted by FNF Both Parents Matter Cymru. This asked separated parents about their time with their children and how this had changed during the Covid-19 lockdown.
The Government has issued guidance on this matter, and the President of the Family Division, Sir Andrew McFarlane, has reiterated the main point, which is this,
“Where parents do not live in the same household, children under 18 can be moved between their parents’ homes. This establishes an exception to the mandatory ‘stay at home’ requirement; it does not, however, mean that children must be moved between homes.” (emphasis as in the original).
On behalf of the charity I made a submission to the House of Commons Women and Equalities Committee following their Call for Evidence. This was based on a provisional analysis of the data from the survey, to meet their required deadline. I have now had the opportunity for further analysis, specifically disaggregating the responses by sex and by status as main carer.
As of 13th May 2020 there were 413 responses, 100 from women (24%) and 313 from men (76%).
Results disaggregated by sex of respondent are shown in Tables 1 to 3 below.

Read more »
Posted by Angelo Agathangelou at 10:24 am No comments:

Just like Washington, Jordan has proven itself to be a compliant puppet of the Jews. 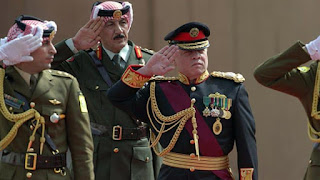 By Tyler Durden: With Washington in the Jewish terror regime's pocket Israel is planning to move forward on controversial plans to annex aka steal a broad swath of the West Bank, particularly the Jordan Valley, as early as this summer. PM Bibi 'The Baby Butcher' Netanyahu last month issued a likely time table of "within two months".
Arab nations, especially in the gulf, have remained uncharacteristically mum about the whole thing as they focus on countering Iran (which has, it should be noted, actually brought Saudi Arabia into a quiet 'covert' intelligence sharing relationship with Israel over the past couple years).
But Jordan on Friday finally went on the offensive, with King Abdullah telling the German magazine Der Spiegel that Israeli annexation of parts of the West Bank “will lead to a massive conflict with Jordan”.
The 'warning' was posted to the official website of the king's Royal Hashemite Court on Friday:

Read more »
Posted by Angelo Agathangelou at 3:07 am No comments: