Read more »
Posted by Angelo Agathangelou at 11:52 pm No comments:

"They tried to fuck over these guys like I have never seen in my 54 years" Boohoo! 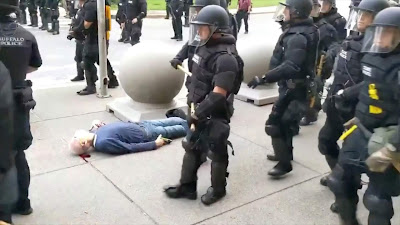 By Tyler Durden: Update (1630ET): The Buffalo police union president has reportedly sent an email following the suspension without pay of two Emergency Response Team (ERT) officers who were caught on camera pushing a 75-year-old protester onto the sidewalk, causing him to bleed from the head.
"After witnessing first hand how these 2 officers were treated. I can tell you, they tried to fuck over these guys like I have never seen in my 54 years. It is despicable to say the least the treatment they have received from this Administration as well as DA John Flynn and his ADA Gary Hackbush," reads an email allegedly sent by PBA President John Evans.
Evans goes on to say that the police union won't pay for legal costs of officers related to protests, as it could put a "serious dent in the PBA's funds. OVER BULLSHIT!" 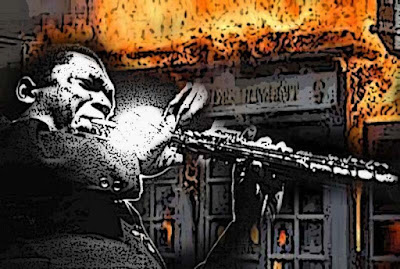 By ex-Jew Gilad Atzmon: I am a jazz artist, I have dedicated my entire adult life to the study of Black American music and culture. Jazz is certainly the most important and maybe, the only significant American contribution to world culture. And the next question is, where is Black American jazz now? Why did Black Americans lose interest in their own fantastic creation?
One answer is that Jazz was born out of resistance. It was fuelled by defiance of the ‘American dream’: instead of seeking mammon, wealth and power, our Black artistic founding fathers sacrificed their lives for the sake of beauty. They literally killed themselves searching for new voices, sounds, colours. They left us with a great legacy but their offspring moved on to new artistic domains such as Hip Hop and Rap.

Read more »
Posted by Angelo Agathangelou at 6:07 am No comments: 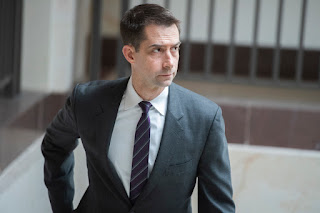 By Michael F. Brown: Adam Rubenstein, the New York Times editor who signed off on Senator Tom Cotton’s fascistic op-ed calling for US military troops to be deployed against protesters in American streets, is an anti-Palestinian activist.
Four years ago as a student at Kenyon College in Ohio, Rubenstein attacked Students for Justice in Palestine (SJP) and guest speaker Remi Kanazi.
He claimed that the presence of Kanazi, a published poet and a popular campus performer, “is part of a focus-grouped and incubated hatred, which is intellectualized, digitized and repeated ad nauseum. SJP targets you as the consumer for that hatred.”
Railing against the call for Palestinian rights as an anti-Semitic plot, Rubenstein asserted that the organizers who brought Kanazi to campus were engaged in a “twisted game of delegitimizing and demonizing Israel.”
SJP and Kanazi both support equal rights for Palestinians and Israeli Jews. Nevertheless, Rubenstein asserted that “Kanazi is a radical who preaches hate.”

Read more »
Posted by Angelo Agathangelou at 2:22 am No comments: