'If Russia had delivered blitzkrieg to Ukraine, the governments of Europe would be disengaging from NATO, not trying to join it.' 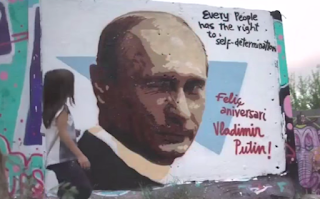 It has been a long time since any American or European military leader said anything resembling what Robert E. Lee told the soldiers who comprised the Army of Northern Virginia:

“We make war only upon armed men, and we cannot take vengeance for the wrongs our people have suffered without lowering ourselves in the eyes of all those whose abhorrence has been excited by the atrocities of our enemies, and offending against God to whom vengeance belongs.”

Read more »
Posted by Angelo Agathangelou at 3:30 pm No comments:
Email ThisBlogThis!Share to TwitterShare to FacebookShare to Pinterest

A Savvy Dictator Must Come

Nathanael: You have to have a MASTER PLAN that covers the full compass of society's needs that holds the center and pulls in all the pieces.

Read more »
Posted by Angelo Agathangelou at 12:00 pm No comments:
Email ThisBlogThis!Share to TwitterShare to FacebookShare to Pinterest

How Has Gay Monkeypox Spread All Over The Globe At Lightning Speed? + AIDS, Monkeypox - Think About It

'In secret labs all over the globe, mad scientists are feverishly trying to make the deadliest diseases on the planet even deadlier. ...Over time, it is inevitable that at least some of their creations will get loose, and vast numbers of people could end up dead as a result.' 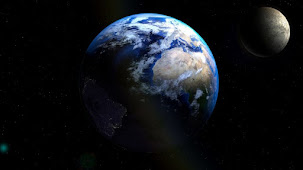 By Michael Snyder: What in the world is going on?  In the past, we were told that monkeypox was not a major concern because it was so difficult to spread it from person to person.  But now monkeypox seems to be spreading like wildfire.  On May 7th, the very first case in the western world in 2022 was confirmed in the United Kingdom.  Now here we are less than two weeks later and there are now dozens of confirmed and suspected cases in seven different countries outside of Africa.  Yesterday, I discussed the cases that have popped up in Spain, Portugal and the United States.  Now there are three more nations that are reporting confirmed or suspected cases, and that should greatly alarm all of us.

The confirmed case in Massachusetts involves a man that had recently traveled to Canada, and so it was suspected that there were additional cases among the Canadians.

Read more »
Posted by Angelo Agathangelou at 9:00 am No comments:
Email ThisBlogThis!Share to TwitterShare to FacebookShare to Pinterest

"One gets the impression that Western Colleagues, politicians and economists, have simply forgotten the foundations of elementary, basic economic laws, or to their detriment they choose to deliberately ignore them."

RN: Russian President Vladimir Putin held a meeting on the development of the Russian oil industry. At this meeting, Putin explained why Europe's refusal of Russian oil would lead to inflation, to an increase in prices for all energy carriers in Europe, to the fact that this fact would undermine the competitiveness of a significant part of European industry, which is already losing competition to companies from other regions of the world.

Read more »
Posted by Angelo Agathangelou at 6:00 am No comments:
Email ThisBlogThis!Share to TwitterShare to FacebookShare to Pinterest

Scamdemc: How Many People Died Due To Corrupt Doctors?

PP: A new revelation of NIH greed and secrecy is really disgusting, yet sadly not shocking. With corruption now so deeply entrenched at all levels of life and government, new revelations of gross and corrupt behavior have lost their ability to shock. Today’s Tale of Corruption comes to us courtesy of Open The Books, a U.S. non-profit advocacy agency dedicated to tracking government expenditures. After being forced by the NIH to file a federal suit, Open The Books was able to determine that the NIH received over $350 million in kick-backs from pharma companies over the years. So, the model, such as it is, is that Fauci and the NIH distribute some $30 billion of taxpayer money to Big Pharma and then receive hundreds of millions from for-profit companies that then license some of the findings resulting from that money. And this is only the NIH. Presumably, university researchers similarly benefit from patent royalties developed using funds provided by U.S. taxpayers.

Posted by Angelo Agathangelou at 12:00 am No comments:
Email ThisBlogThis!Share to TwitterShare to FacebookShare to Pinterest

Posted by Angelo Agathangelou at 9:00 pm No comments:
Email ThisBlogThis!Share to TwitterShare to FacebookShare to Pinterest

And they will get away with it. Corruption is now our way of life. 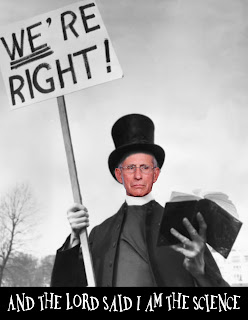 By Mark Tapscott: Two key National Institutes for Health (NIH) executives in positions of influence on decisions about who gets grants from the agency received a total of 77 previously undisclosed royalty payments from outside firms between 2010 and 2014.

Acting NIH Director Lawrence Tabak conceded during questioning last week by Rep. John Moolenaar (R-Mich.) that the undisclosed royalties had the “appearance of a conflict of interest,” but he insisted that the agency has sufficient internal safeguards to prevent such problems. Federal law and ethics regulations bar federal employees from activities that present either the appearance or an actual conflict of interest.

Read more »
Posted by Angelo Agathangelou at 6:00 pm No comments:
Email ThisBlogThis!Share to TwitterShare to FacebookShare to Pinterest

'Putin’s history of accepting Western provocations has prevented Armageddon while leading us to it. ...We are at the risk of nuclear war, not because of Russian aggression, but because of limited and weak Russian responses to extreme provocations. ' 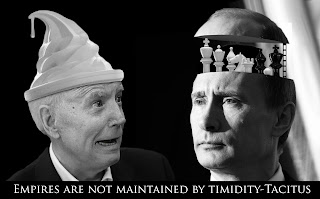 By Dr. Paul Craig Roberts: Vladimir Putin, President of Russia, is the most demonized person in the western world since Osama bin Laden and Adolf Hitler.  Hillary Clinton says Putin is “the new Hitler.” US President Biden says Putin is too evil to be permitted to stay in office.

Despite these hard characterizations of the Russian leader, the Kremlin has only recently given up on negotiating peace with the West and with the West’s Ukrainian puppet.  Indeed, it is unclear that the Kremlin has yet seen the writing on the wall.  The Atlanticist Integrationists are still operating in Russia and they still are willing to give up Russian sovereignty for inclusion in the West.  Putin seems unable or unwilling to get rid of those Russians who constrain Russian foreign and economic policy in the West’s interests.

Putin’s mistake is that he is a 1950 American university liberal, a believer in international law, in mutual respect and cooperation, in resolving conflicts with diplomacy.  Putin and Russia are in trouble because Putin continues to believe in moral behavior when the West has made it clear that the only value is US hegemony.

Read more »
Posted by Angelo Agathangelou at 3:00 pm No comments:
Email ThisBlogThis!Share to TwitterShare to FacebookShare to Pinterest

British People 'Most Miserable' In 40 Years As Inflation Soars

"The scale at which inflation is damaging key drivers of UK output, including consumer spending and business investment, is unprecedented and means there is a real chance the UK will be in recession by the third quarter of the year," -Suren Thiru.

By Tyler Durden: UK headline inflation hit 9% in April, marking its highest level in 40 years thanks in large part to the rising costs of gas and electricity which has driven the average bill close to £2,000 (US$2,484), according to the Office for National Statistics.

Average petrol prices rose to a record 161.8p a litre in April 2022 from 125.5p a year earlier. Diesel was another factor behind the increase in the consumer prices index from 7% in February after the average cost at the pumps hit a record high of 176.1p a litre, leading to an average increase over the last 12 months in motor fuels of 31.4%. -The Guardian

Meanwhile, food banks are reporting an increase in demand for food packages, while small business owners say a combination of higher taxes and increased costs have pushed them to the edge of bankruptcy, according to the report.

Read more »
Posted by Angelo Agathangelou at 12:00 pm No comments:
Email ThisBlogThis!Share to TwitterShare to FacebookShare to Pinterest

The Currencies Of Moral Usurpation

'Athena Swan, like DIE generally, discriminates openly against white males. ...White males (together with black Caribbean males) are the bottom of the heap as regards access to university.' 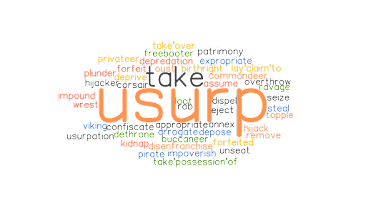 A “currency” is a means of exchange or the quality of being generally accepted. An elision of these interpretations is my meaning here.

In The Destructivists I explain how a manipulated moral standing can be used as a power trading currency within a triumvirate of elite power centres (the Woke Industrial Complex). Whilst other forms of power are indisputable – such as control of police forces, the ability to create laws, access to large amounts of cash, or control of the media – you might feel in contrast that “moral standing” is a rather nebulous commodity. Can moral standing really be traded effectively as a “currency” like those other forms of power?

In this post I expand upon how moral currencies are, in practice, manifest in very concrete terms. These examples serve to illustrate how hyper-elite players – those who stand to gain power as a result – coercively manage the adoption of these “moral currencies”.

Read more »
Posted by Angelo Agathangelou at 9:00 am No comments:
Email ThisBlogThis!Share to TwitterShare to FacebookShare to Pinterest
Older Posts Home
Subscribe to: Posts (Atom)